An inconsistent India will have to raise their game by leaps and bounds if they are to upstage Olympic silver medallist Belgium in the quarterfinal of the Hockey World League (HWL) Final. 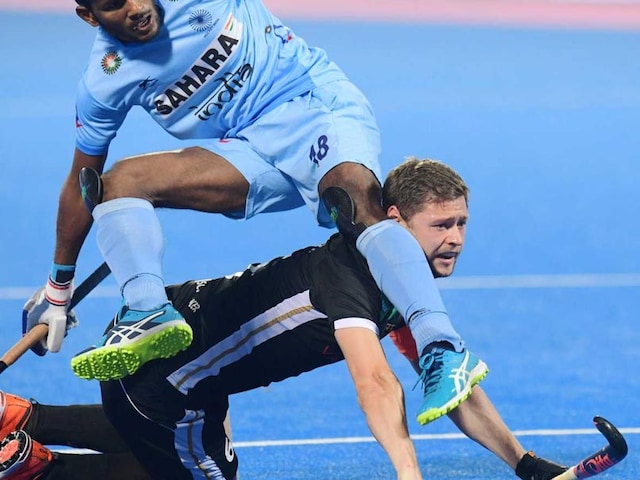 An inconsistent India will have to raise their game by leaps and bounds if they are to upstage Olympic silver medallist Belgium in the quarterfinal of the Hockey World League (HWL) Final on Wednesday. India, bronze medallist in 2015, finished last in Pool B after garnering just one point from one draw and two losses and will now take on the world No. 2 side in the knockout round after the Red Lions topped Pool A following their 3-0 win over Netherlands. Belgium's all three goals came from penalty corners through Loick Luypaert (19th and 30th minutes) and Tom Boon (32nd minute).

The victory margin could have been 4-0 for Belgium had Luypaert not missed a penalty stroke in the 50th minute.

Lower ranked Spain sprang a surprise and stunned reigning Olympic champions Argentina 2-1 earlier in the day to finish second in Pool A with six points, while Netherlands finished at the bottom with one point after Argentina, who also have one point from three matches.

In the first quarterfinal on Wednesday, Spain will face Australia, who finished third in Pool B.

In the other quarterfinals, Pool B toppers England, who finished second in Pool B, will square off against Argentina while Germany will play Netherlands on Thursday.

Even though India have a better overall head-to-head record against Belgium, the recent results against the Red Lions are far from impressive.

In the recent past India played Belgium four times and on three occasions they ended up on the losing side, which includes the quarterfinal defeat at the 2016 Rio Olympics and 0-1 reverse in the semi-finals of the last edition of HWL Final in Raipur.

After an impressive 1-1 draw against world champions Australia, India's performance has slipped significantly as they wasted chances galore in their next two games to lose 2-3 and 0-2 against England and Germany respectively.

The Indian forwardline comprising Mandeep Singh, Akashdeep Singh, SV Sunil and Lalit Upadhyay failed to live up to the expectations and have been below-par so far in the tournament.

As if the misfiring strikers were not enough, India also has been let down by their dragflickers.

Despite possessing a battery of dragflickers in Rupinderpal Singh, Harmanpreet Singh, Varun Kumar and Amit Rohidas, the Indians have a poor penalty corner conversion rate and have made use of just two out of the 13 set pieces they earned in the tournament so far.

Skipper Manpreet Singh has been the player to watch out for India as in all the three pool matches he led from the front, but didn't get enough support from his team-mates.

"We will have to improve in all departments of the game.

We need to improve on our penalty corners and shots on goal. We created plenty of chances but our execution was not perfect," India's chief coach Sjoerd Marijne had said after the loss to Germany.

Belgium will be the team to beat in the tournament and they will be high on confidence after finishing their pool engagements with an all-win record.

All said and done, the Indians will have to dish out a lion-hearted performance to progress to the semi-finals of the elite tournament.

World No. 9 Spain came from a goal down to surprise world No. 1 Argentina, who struggled in converting the opportunities in the 60-minute duel.

Spain had conceded a goal in the second quarter when Argentina captain Matias Paredes struck a field goal in the 21st minute.

But the Spaniards did not give up and made a valiant comeback in the 35th minute through Pau Quemada's strike before scoring the winner just a minute from the hooter when they were awarded a penalty stroke and Josep Romeu made no mistake in converting from spot.