Some players of the Belgium hockey team, their faces painted black, tried to sneak into the Kalinga Stadium at the dead of night. 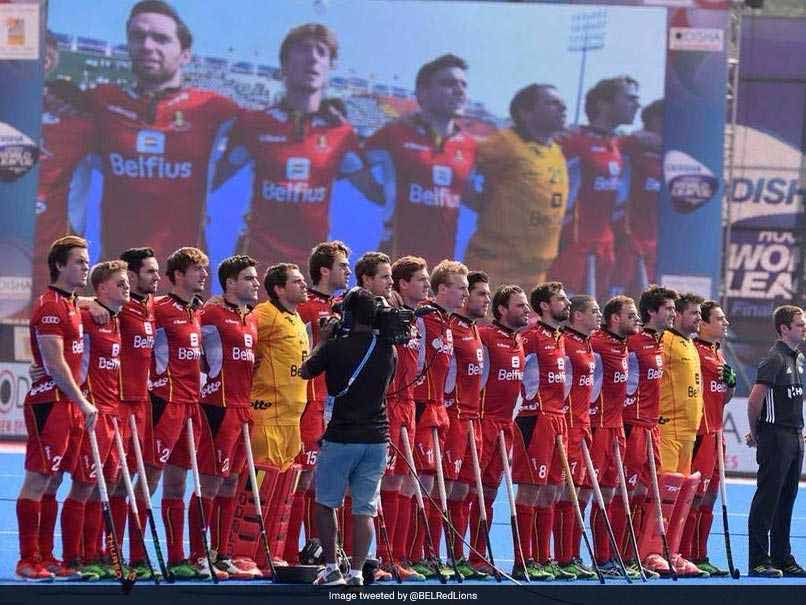 Some members of the Belgium team caused a massive security scare at the Kalinga Stadium.© Twitter

Call it a misadventure or superstition of the highest order! There was a security scare at the ongoing Hockey World League (HWL) Final, being held in Bhubaneswar, when some players of the Belgium team, their faces splashed with black paint, tried to sneak into the Kalinga Stadium at the dead of night and have a look at the two goalposts. Reason: To ensure good luck for their fifth-sixth place classification match against Spain. The absurd incident took place hours after the team's loss to hosts India in the quarterfinal.

Some 12-13 members of the Olympic silver medallist Belgium team scaled the boundary wall of the official hotel, Sandy's Tower, and walked a few kilometres (2.8km to be precise), trying to make a clandestine entry into the stadium.

However, it did not yield the desired result as they were stopped by the security guard on duty who called the police immediately.

The Belgium players' move created a flutter among the security personnel and the local organising committee. Any untoward incident with the players could have brought a bad name to the organisers, who are also scheduled to host the FIH Men's Hockey World Cup next year.

The Belgians, though, escaped without any punishment and returned to their hotel after being convinced by the security officials.

"It was a very silly incident but it was nonetheless a security breach of the highest order. 12 to 13 players of the Belgium team dodged security of their hotel and tried to enter the Kalinga Stadium at the dead of night with their faces painted. We were informed and an in no time we reached the stadium and took control of the situation," Satyabrata Bhoi, DCP, Bhubaneswar police, told PTI today.

"We requested them and managed to convince them to return to their team hotel. We escorted the players back to their hotel in our vans," he added.

A security personnel employed at the stadium later confirmed the incident.

"The players had black paints in their faces. It was as if they wanted to hide their identity. They tried to enter the stadium through the main entrance but we stopped them," he said.

Belgium skipper Thomas Briels admitted that they came to the stadium but it was just for fun.

"Yes, we ventured out of the hotel for a walk and in the process came to the stadium just for fun. It was not midnight as you guys are saying. The time was much before. There was no problem," said Briels, refusing to delve further into the subject.

The players' adventure seemed to have worked in their favour as they beat Spain 1-0 to finish fifth in the eight-nation tournament.

Sebastien Dockier scored the only goal of the match from a field effort in the fourth minute.

Comments
Topics mentioned in this article
Hockey
Get the latest updates on IND vs NZ 2021, check out the Schedule and Live Score . Like us on Facebook or follow us on Twitter for more sports updates. You can also download the NDTV Cricket app for Android or iOS.