The disciplinary committee of Hockey India has suspended 11 players for varying number of months along with team officials for their involvement in an ugly brawl in the 56th Nehru Senior Hockey Tournament. 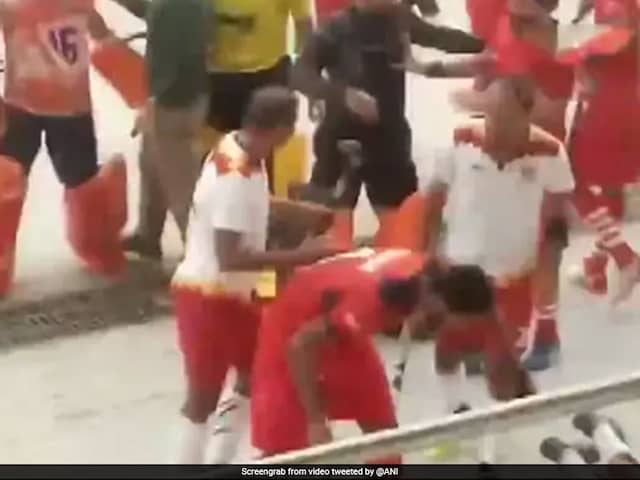 The disciplinary committee of Hockey India has suspended 11 players for varying number of months along with team officials of Punjab Armed Police and Punjab National Bank for their involvement in an ugly brawl between the two sides during the 56th Nehru Senior Hockey Tournament in November. The brawl, which was sparked by an altercation between Punjab Police's Hardeep Singh and Sumit Toppo of Punjab National Bank, left several players injured. "The committee placed Punjab Armed Police players Hardeep Singh and Jaskaran Singh under 18-month suspension while Dupinderdeep Singh, Jagmeet Singh, Sukhpreet Singh, Sarvanjit Singh and Balwinder Singh have been suspended for 12 months with effect from December 11 for their involvement in the Level 3 offence under Hockey India/Hockey India League Code of Conduct," a Hockey India release said on Tuesday.

"Punjab Armed Police manager Amit Sandhu has been suspended for 18 months for a Level 3 offence and it was also recommended that the Punjab Police team be placed under three months suspension and not be eligible to play in any of the all-India tournaments with effect from March 10, 2020 to June 9, 2020 (following the expiry of their suspension due to participation in an unsanctioned tournament).

"Players from Punjab National Bank Sukhjeet Singh, Gursimran Singh and Sumit Toppo have been suspended for 12 months while the team skipper Jasbir Singh has been suspended for six months as the captain is also responsible for the team's conduct on the field.

"Punjab National Bank manager Sushil Kumar Dubey too has been suspended for six months due to his team's inability to follow the Hockey India/Hockey India League Code of Conduct and sanctions," the release said.

In addition to this, the committee has also recommended Punjab National Bank to be placed "under three months suspension, not be eligible to play in any of the all-India tournaments with effect from December 11, 2019 to March 10, 2020."

All the players who have been suspended would also be on further probation for 24 months after the expiry of their sanctions.

"Any breach of Hockey India/Hockey India League Code of Conduct during this probation period would constitute an immediate Level 3 offence and the individual will automatically be suspended for a period of 24 months," Hockey India said.