Hockey India claimed that the move to not hold the HIL next year was taken to review the five seasons of the league. But sources aware of the development said the decision was taken after some cash-strapped franchises decided to withdraw from the event. 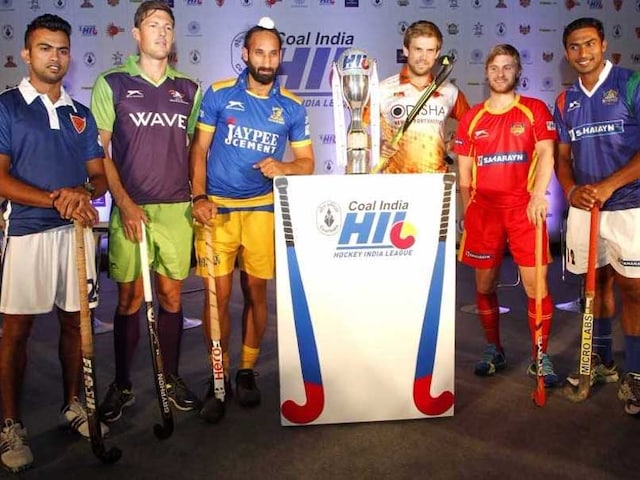 The future of Hockey India League (HIL) looks jeopardized after only five seasons with the organizers postponing the next edition of the cash-rich tournament to 2019.

Hockey India claimed that the move to not hold the HIL next year was taken to review the five seasons of the league. But sources aware of the development said the decision was taken after some cash-strapped franchises decided to withdraw from the event.

According to sources present during HI's Annual General Meeting (AGM) on Tuesday, at least three franchises were unhappy with the organizers and expressed their inability to be a part of the league any further due to financial issues.

"We don't know what is in store for the future. But some franchises were unhappy with the organizers, which has assured to bail them out. There are two franchises, which have serious financial issues and one more franchise has also threatened to discontinue participation if there isn't a relaxation," a HI official, who can't come on record told PTI.

"HI said that the league will return in 2019 but the future looks bleak," he added.

HI, however, claimed that tournament will return in 2019 with a fresh outlook.

A statement from the organisers said that the tournament's Governing Committee, comprising representatives of HI and other stakeholders, have unanimously decided to schedule the next edition of HIL in 2019 instead of 2018 January and February.

"After five years of successfully organising the Hockey India League, we felt that it is time to review the league, evaluate its success and comeback with a fresh outlook that will benefit the development of the sport," HIL chairman and secretary general of HI Mohd Mushtaque Ahmad said.

"This decision was made after consultation with all our commercial partners and meeting the contractual obligations of all parties involved," he added.

Ahmad clarified that it is a temporary discontinuation and the HIL will return in 2019.

"Due to a conflict in dates of the schedule of Hockey India League 2018 and a major international tournament, which was likely to restrict the participation of international players, it was decided that the best solution was to postpone the conduct of the sixth season of the league," Ahmad said.

"I want to emphasise that we want to resume the league in 2019 with greater prospects to make it more viable financially not only for the stakeholders but also for the players," he added.

Even one franchise official too said that all the participating teams have received letter from HI, stating that 2018 edition cannot be held because of unavailability of foreign players as they will be busy throughout the year due to international assignments.

Meanwhile, national players have expressed disappointment over the decision and hoped HIL will return stronger in 2019.

"It is a big blow to Indian hockey. The HIL not only gave financial stability to the players but also gave young domestic players a chance to rub shoulders with the best players of world hockey," Uttar Pradesh Wizards captain and veteran drag-flicker VR Raghunath said.

"But we have full faith in Hockey India and we are sure they will come out with a new strategy and plan for the league in 2019," he added.