While Harjeet Singh will lead the Indian team, Dipsan Tirkey has been named his deputy for the junior hockey World Cup. 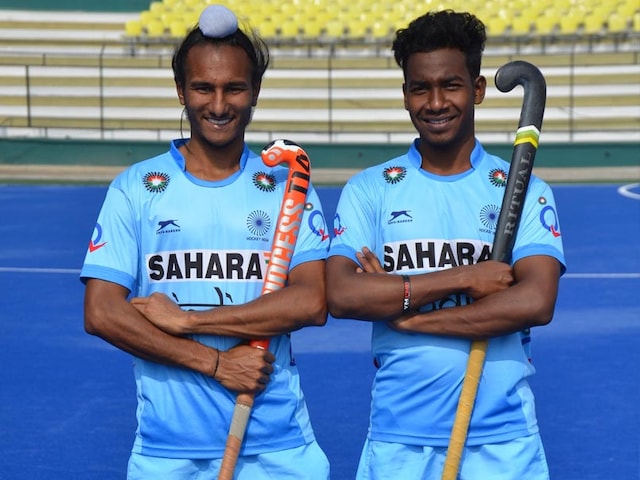 Mid-fielder Harjeet Singh will lead the 18-member Indian men's hockey team in the Junior World Cup to be held in Lucknow from December 8 to 18.

While the 20-year-old mid-fielder from Kurali in Punjab has been named as the captain, defender Dipsan Tirkey will shoulder the responsibilities of the vice-captain.

Harjeet has been instrumental in the junior team's success in recent times. He also led the colts in Valencia, Spain last month where they won the four-nation Invitational Tournament beating Germany in the final.

Earlier this year, Harjeet was also named as the 'Jugraj Singh Upcoming Player of the Year (Men-21)' at the Hockey India Annual Awards and was rewarded for his consistency with a call-up in the senior men's squad for the Sultan Azlan Shah tournament in April where the team finished second behind world champions Australia.

Harjeet was also part of the Indian senior men's team that won the silver medal at the FIH Champions Trophy in London this year where he replaced ace midfielder Sardar Singh.

Tirkey, on the other hand, is a fireball on the pitch. The 18-year-old from Sundargarh in Odisha had led the Indian team to a splendid win at the EurAsia Cup in Russia earlier this year followed by the England tour where they beat Scotland senior men's team, Hampstead and Westminster, and won two matches against England.

"Harjeet has special abilities in terms of keeping the team together and motivated them which is a rare thing in players of this age. Those are the features we always look for in a captain. Dipsan too shows qualities of a leader and has done consistently well in the build up to the World Cup," stated chief coach of senior men's side Roelant Oltmans, who is helping junior coach Harendra Singh ahead of the upcoming mega-event.