India and Belgium have played 10 times in India with the visitors coming out on top on eight occasions while two games ended in draws. 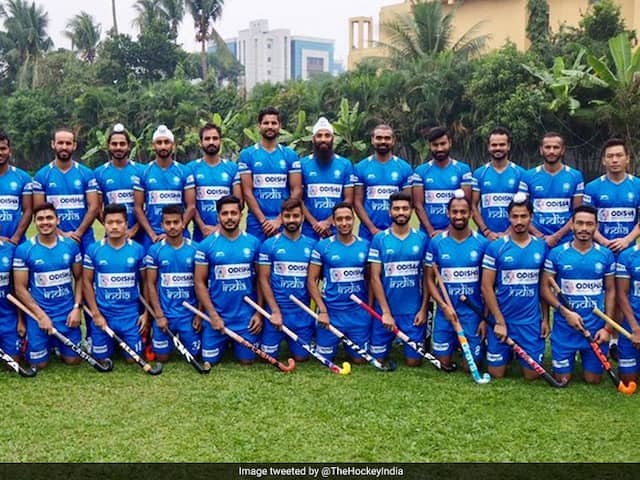 India defeated the Netherlands in a two-leg tie at the FIH Pro League.© Twitter

They are confident after a stupendous debut at the FIH Pro League but India have their task cut out when they host world champions Belgium in their second round of the tournament, starting in Bhubaneswar on Saturday. After skipping the first edition of the tournament in 2019, India made a dream debut at the League, collecting five points from the opening tie against the Netherlands. World number five India thrashed Netherlands 5-2 in the opening match of the two-leg tie before beating the Dutchmen 3-1 in shoot-out after both the teams were locked 3-3 at the end of regulation time in the second match here last month.

But since then, the Manpreet Singh-led side has not featured in the league so far, thus slipping to the number five in points table. Belgium are currently leading the standings with 11 points from four games, while Netherlands are placed second with seven points from as many matches.

Australia are placed third with six points from six points from four games, followed by Germany and India. But irrespective of the confident start, the Indians are expected to face a tough outing against Belgium at the Kalinga Stadium, a venue where the Red Lions won their maiden FIH World Cup in 2018.

Belgium, who recently replaced Australia in the coveted top position in the world rankings, are brimming with confidence after wins over Australia and New Zealand. But the visiting team skipper Thomas Briels has no qualms in admitting that they are expecting a tough fight from the hosts India in the upcoming matches.

Briels believes India will be a totally differently opponent, especially after their morale-boosting win over Netherlands. "India are looking really sharp and they have been playing well which is something we saw in their initial two matches against the Dutch," Briels had said after arriving here.

"We expect a tough couple of matches, and it's going to be a good fight for us as well. Of course, we are wary of the threat that they (India) possess, but we are really excited to play a tough opponent like India so we can improve further before the Olympics," he said.

Even though India are the hosts, Belgium are taking confidence from the fact that the venue Kalinga Stadium has been a happy hunting ground for them.

"It feels really good to be back in the city where we became the world champions. We have some amazing memories of playing here, and it is always a great spectacle when we step foot onto the turf at the Kalinga Hockey Stadium."

India and Belgium have played 10 times here with the visitors coming out on top on eight occasions while two games ended in draws. But having said that, the Indians looked a completely transformed outfit against the Dutchmen and if they continue in the same vein, there are no reasons why the hosts can't upstage Belgium over the weekend.

The FIH Pro League also serves all the major hockey playing nations a vital platform to prepare for the Tokyo Olympics and the Graham Reid-coached Indian team is desperate to make the most of the opportunities.