The India women's team have an unassailable 3-1 lead in the five-match series against South Korea. 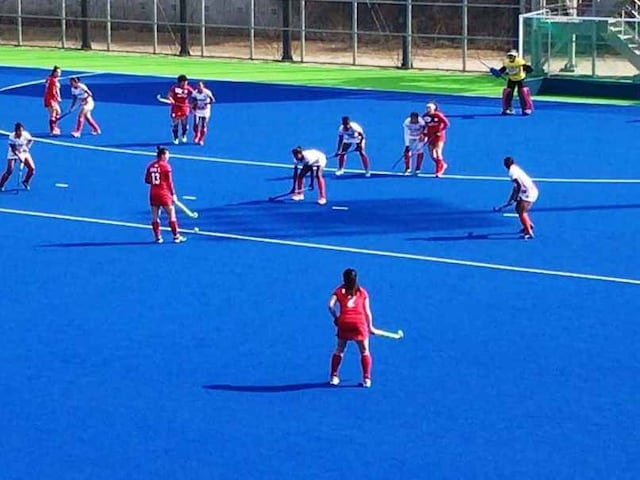 Team India have an unassailable 3-1 lead in the five-match series.© Hockey India

Indian women's hockey team produced a splendid performance to register a 3-1 win in the fourth match of the five-match series against South Korea at the Jinchun National Athletic Centre on Friday. The victory for India saw them take an unassailable 3-1 lead in the series with a match remaining. Goals from Gurjit Kaur (2') and Deepika (14') in the first quarter put India in a commanding position while Poonam Rani's field goal in the 47th minute secured the victory for the visitors. Mi Hyun Park (57') scored the lone goal for South Korea.

The early stages of the match saw India put pressure on the South Korean defense as they won a penalty corner (PC) in the 2nd minute, which was converted by Gurjit Kaur to give her team an early lead.

After trailing early in the match hosts South Korea had the chance to equalize in the 4th minute but the Penalty Corner was shot wide while another PC in the 10th minute was saved by Indian goalkeeper Swati.

On the other end of the pitch, India won themselves a PC in the 14th minute which was converted calmly by Deepika as she doubled India's lead at the end of the first quarter.

The second quarter saw chances come begging for both the teams but neither could trouble the opposing goalkeeper as the teams fought for possession in the midfield. The two teams tried to get behind each other's defense but neither could beat the defensive line or earn themselves a scoring opportunity.

It was only at the start of the fourth quarter when India produced a marvellous team performance as Poonam Rani scored in the 47th minute. The third goal put India in a strong position to wrap up a series win while the World No 9 South Korean looked dejected as they had little time to make a comeback into the match.

However, the hosts showed some spirit in the closing stages which saw them score a consolation goal in the 57th minute through Mi Hyun Park.

Indian Women's Hockey team will play their fifth and final match of the series against South Korea on 11th March 2018.