The Indian men's team was scheduled to play against Germany in Berlin on April 25 and 26 before taking on Great Britain in London on May 2 and 3. 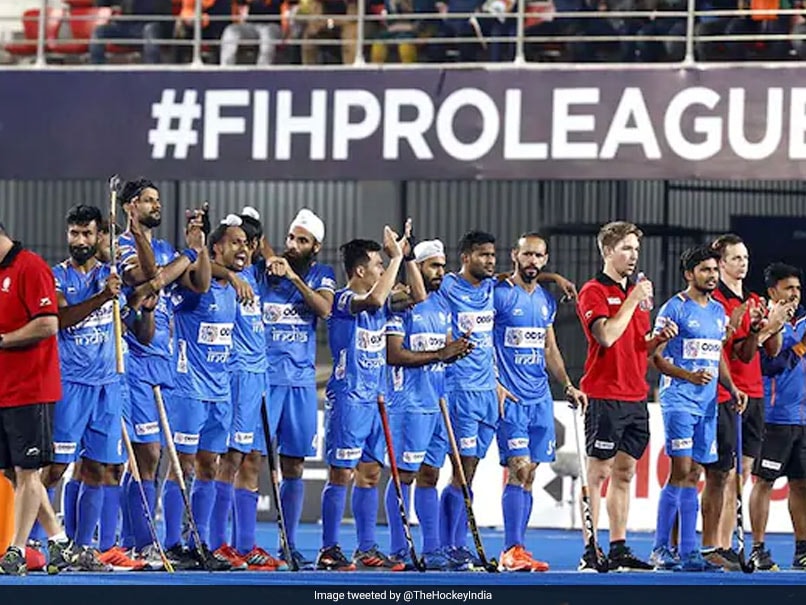 Indian men's team's away fixtures against Germany and Great Britain will be affected.© Twitter

The International Hockey Federation on Thursday extended its suspension of all Pro League matches, including fixtures involving India, to May 17 owing to the COVID-19 pandemic that has led to over 9000 deaths across the world. Last Saturday, the FIH had postponed all the Pro League matches scheduled before April 15 because of the pandemic.

"Based on the latest developments of the COVID-19 outbreak and in particular of the response to it by the relevant public authorities globally, FIH, with the support of all participating National Associations, has today decided to extend the postponement period of the FIH Hockey Pro League to 17 May," the sport's world body said in a statement.

"Consequently, all matches currently scheduled until 17 May are on hold. FIH will keep on monitoring the situation closely, following the recommendations of the World Health Organization and the decisions of the public authorities."

The Indian men's team was scheduled to play against Germany in Berlin on April 25 and 26 before taking on Great Britain in London on May 2 and 3.

India are then scheduled to host New Zealand on May 23 and 24 before travelling to Tucuman, Argentina for matches on June 5-6.

India's last tie in FIH Pro League is against Spain in Valencia on June 13 and 14.

New Zealand and Australia had already decided not to travel to Europe for their upcoming games.

The COVID-19 pandemic has so far claimed over 9,000 lives and infected more than 2,00,000 people worldwide, leading to cancellation and postponement of sporting events across the globe.