2018 Champions Trophy Highlights, India vs Netherlands Hockey Match: India qualified for the final after a 1-1 draw against hosts Netherlands 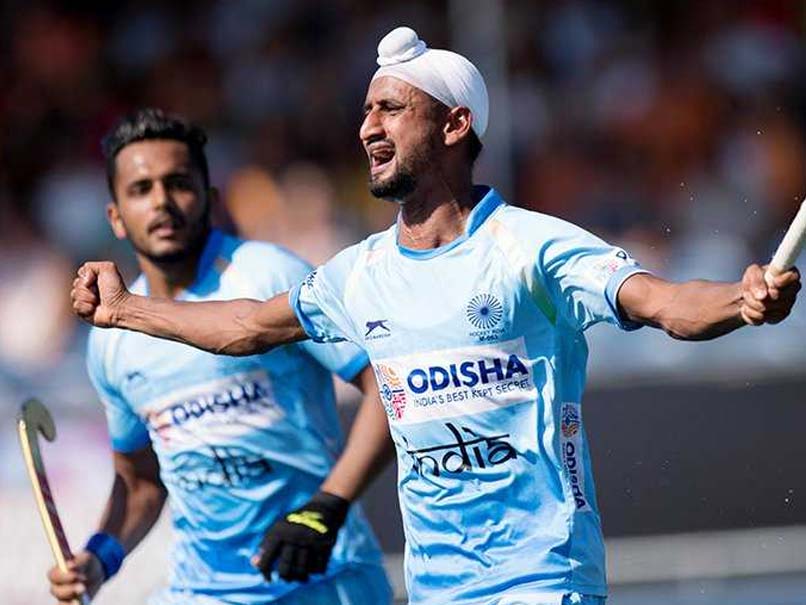 India played out a 1-1 draw against Netherlands to reach the Champions Trophy final.© Hockey India

Indian defenders held on to their nerves in the final moments of the game to play out a 1-1 draw against hosts Netherlands, securing a berth in the Champions Trophy finals on Sunday. Victory for the Dutch could have denied India a place in the finals but the hosts found it hard to break down a stubborn Indian defence. Although the hosts managed to net the ball in the 58th minute but a review from the umpire denied them the victory. After no goals in the first two quarters, Mandeep Singh broke the deadlock in the 47th minute for India. Soon after, Thierry Brinkman came in with the equaliser in the 50th minute. Post the second goal of the match both teams failed to score in the remaining ten minutes of the game. Indians defenders, especially goalkeeper PR Sreejesh, were brilliant on the turf denying the hosts any opportunity score. India will now play Australia in the final of the Champions Trophy on Sunday.

Highlights of the Hockey Match Updates Between India vs Netherlands, Champions Trophy from Breda, Netherlands

21:06 IST: Thank youfor joining us on our coverage of the Champions Trophy match between India and Netherlands.

21:05 IST: India qualify for the finals of the Champions Trophy. Will play Australia on Sunday.

21:01 IST: Penalty Corner for Netherlands with 77 seconds to go. MISSED!

20:57 IST: With just under two minutes to go Heartzberg nets the ball but denied the goal after review.

20:53 IST: GOAL! Brinkman levels it for Netherlands! Brilliant shot from back of the stick amd the ball beats Sreejesh.IND 1-1 NED

20:51 IST: Jarmanpreet Singh with a cracking shotbut splendid save from the Dutch goalkeeper.

20:49 IST: 10 minutes to go in the match.The Dutch are attacking aggressively but the Indian defense has been up to the mark. IND 1-0 NED

20:44 IST: GOAL! Mandeep Singh breaks the deadlock.That was his third goal of the tournament. IND 1-0 NED

47' GOAL! It's taken three quarters to get to this point but @mandeepsingh995 finally scores as he gets to the rebound from @13harmanpreet's drag-flick and finishes into the top-left.

20:43 IST: Penalty Cornerfor India in the opening minutes of the fourth quarter.

20:38 IST: The Dutch dominating possession at the moment butit has been brilliant from Indian defense and Sreejesh.

20:34 IST: That was a brilliant run from Sunil but Mandeep losses the ball to Dutch defenders!

20:32 IST:Netherlands with an opportunity but brilliant tackle from the Indian defense.

20:29 IST: Five minutes have gone by in the third quarter! 35th minute.Mandeep Singh with a powerful shot but finds the Dutch goalie.

20:26 IST: Wonderful again from Sreejesh!Dives in to keep the ball away from the net. The Dutch attacking more aggressively now.

20:12 IST: P.R. Sreejesh is on Fire!Yet another save from the skipper. Runs away from the post,  brings the body in to stop the ball.

20:10 IST: Just under 3 minutes to go!Both teams still searching for their first goal.

20:09 IST: Another Penalty Corner for the Dutch and yet again saved by Sreejesh.

20:05 IST: Back to back Penalty Corners for Netherlands! SAVEDon both the occasions from the Indian defense.

20:05 IST: Counter attack from India!Dilpreet Singh with the reverse shot but finishes of WIDE!

20:04 IST: Another attack from the Dutch but goalkeeper Sreejesh once again comes to the rescue.

19:50 IST: The hosts are looking to attack more aggressively now. Brilliant passing inside the Indian half from the Dutch.

19:48 IST: 10 minutes into the game and both teams are still goalless.

19:45 IST: India dominating possessionbut Netherlands are moving swiftly inside the Indian half.

19:41 IST:Netherlands on the offensive. Brilliant run from the Dutch attackers but Sreejesh saves it for India.

19:39 IST: Harmanpreet sweeps but it's a brilliant save from the Dutch goalkeeper.

19:38 IST: First review from India in the 2nd minuteof the match and it's a penelty corner for India!

19:36 IST: Sardar Singh immediately steals the possessionbut the Dutch get the ball back.

19:36 IST: Whistle from the referee! Here we go!Netherlands get the match underway.

19:30 IST: Both teams have arrived at the centre along with the match officials for the national anthems. We are just minutes away from the start!

19:10 IST: Australia vs Argentina match is over. The Kookaburras have been defeated for the first time in the tournament. Final score: AUS 2-3 ARG

Here is the starting line-up of the Indian Men's Team that will take on Netherlands in their decisive clash at the Rabobank Men's Hockey Champions Trophy Breda 2018 at 7:30 PM (IST) today. #IndiaKaGame #HCT2018 #INDvNED pic.twitter.com/PvnV03Xrdm

18:40 IST: Here's what skipper PR Sreejesh said to his boys ahead of the clash.

Goalkeeper-captain @16Sreejesh has been clinical in all the matches, facing as many as 12 PCs in the last match against Belgium. Here is what he has to say about the decisive match against the Dutch today. #HCT2018 #IndiaKaGame @TheHockeyIndia @FIH_Hockey pic.twitter.com/bv7hZ0ksIj

18:35 IST: India are currently second on the table while hosts Netherlands are third placed. Winner of today's match will clash against Australia in the final on Sunday.

The Indian Men's Team will play the hosts, Netherlands in their final clash of the pool stage at the Rabobank Men's Hockey Champions Trophy Breda 2018 on 30th June. #IndiaKaGame #HCT2018 #INDvNED pic.twitter.com/Y4YeaSNa0M

18:30 IST: Hello and welcome to live updates of the Champions Trophy Hockey match between India and Netherlands.

Against the mighty Netherlands, the men in blue will have to up their game if they seek to upset the hosts. "Yesterday was a lucky day I feel because 12 PCs is too much to concede and the match could have turned in their favour. We can't afford to give away PCs like that and if we want to see ourselves do well against the hosts then we need to work hard on tackles, reduce unforced errors and we must control the game when it is really required," said Indian skipper Sreejesh. Drag-flicker Harmanpreet Singh was India's only goal scorer in the match against the Belgium which is also a concern for the team think-tank. Not many opportunities were created by the mid-fielders for the attackers to pounce on. Finishing penalty corners also looked untidy apart from Harmanpreet Singh goal. For Netherlands the tournament started with a 1-2 loss to Olympic Champions Argentina but came back strongly with a 6-1 win against Belgium and followed it up with a 4-0 win against Pakistan. However, a 1-3 loss to Australia on Thursday has pushed them to the third place in the pool standings.

Comments
Topics mentioned in this article
Hockey India Live Blogs
Get the latest updates on ICC T20 Worldcup 2022 and CWG 2022 check out the Schedule, Live Score and Medals Tally. Like us on Facebook or follow us on Twitter for more sports updates. You can also download the NDTV Cricket app for Android or iOS.