Actress Chitrangada Singh is expected to produce a film based on Sandeep Singh's life and the hockey player wants Ranbir Kapoor to play his on-screen role. 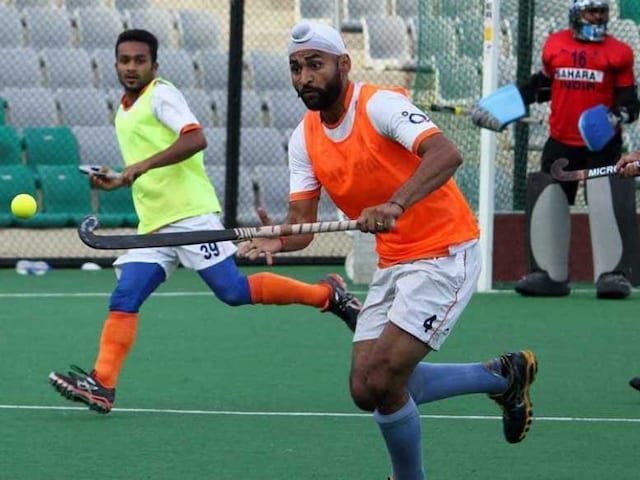 After the success of Mary Kom, former India hockey captain Sandeep Singh is the latest sportsperson on whom a biopic has been planned and the ace dragflicker wants Ranbir Kapoor to portray his role in the movie.

Actress Chitrangada Singh is set to turn producer with this planned film.

"Chitrangada Singh has bought rights for making a film on my life. I am very excited that people will see my story on celluloid," Sandeep, who is currently playing for Hampshire county in UK, said.

"I am a big fan of Ranbir and I want him to play the lead. He has played the role of a Sikh in Rocket Singh and looked very convincing. However, the producer will take a call on this," said the former skipper. (Also read: Mary Kom wants sequel to her biopic)

Sandeep made headlines when he made a successful return to the hockey field after being hit by a bullet in a freak incident. He was seriously injured after being hit by an accidental gunshot in Shatabadi Express in August 2006 while he was on his way to join the national team due to leave for the World Cup in Germany two days later.

Sandeep was almost paralysed and on wheel chair for two years. He not only recovered from the serious injury, but also made a stuuning comeback and established himself in the Indian team.

"I want this movie to convey a message to the youngsters that nothing is impossible if you have will power. No one had imagined that I will be able to make a comeback after that accident but I did. I hope that youth will get inspired from my life story," he said.

Comments
Topics mentioned in this article
Sandeep Singh Mary Kom Hockey
Get the latest Cricket news, check out the India cricket schedule, Cricket live score . Like us on Facebook or follow us on Twitter for more sports updates. You can also download the NDTV Cricket app for Android or iOS.