Tiger Woods is Better Off Without a Coach, Says Ernie Els

Golf legend Ernie Els said injury-hit Tiger Woods, far from looking at the embers of his career at 38, was still capable of returning to the very top of world golf at the expense of Rory McIlroy. 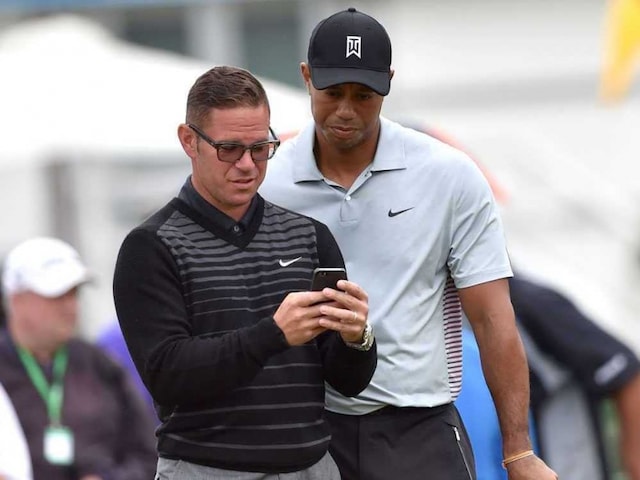 Ernie Els said on Wednesday Tiger Woods should forget about hiring a new coach after splitting with Sean Foley and could return to major-winning form on his own.

South African Els said Woods had never been the same since he stopped working with Butch Harmon in 2003, and that he didn't like the direction he had taken under Hank Haney and then Foley.

But he said injury-hit Woods, far from looking at the embers of his career at 38, was still capable of returning to the very top of world golf at the expense of Rory McIlroy.

"I don't think it's the passing of the torch yet," Els said during a phone conference ahead of October's Venetian Macau Open, which he is headlining. (Also read: The Rookie Referee Report)

Woods, the 14-time major-winner, ended his four-year association with Foley this week after cutting short a troubled season dominated by his recovery from back surgery.

Many wonder whether golf is seeing a power-shift from Woods, without a major win since 2008, to world number one McIlroy, who won this year's British Open and PGA Championship.

But Els, who won his fourth major, the 2012 British Open, aged 42, said Woods could still challenge McIlroy if he returns to full health and gets back to basics with his game.

"He's young enough, he's strong enough. He's had some really bad injuries to his tendons and to his back now, that's not a great sign. But if he's healthy, he's shown that he can win," said Els.

"He's obviously got enough talent and his record shows for itself, he's a winner," added the South African. "If he gets healthy I think he can win a couple more majors, definitely."

Els said he thought Woods was on a "different level to everybody" during his days with Harmon, with whom he won eight major championships.

"I think he doesn't need a coach. He needs maybe a friend of his to lay eyes on him all the time just to check his fundamentals," said Els.

He added: "He was, in his day, probably longer than Rory is today off the tee. He was an unbelievable driver of the golf ball, and I think he can get that back."

Els's assessment chimes with Harmon, who currently coaches the South African and told the Golf Channel: "If I were advising Tiger I'd tell him, 'You're the greatest player that ever lived, just go to the range and hit shots'."

Els also said it was hard to compare Woods and McIlroy, whom he described as "happy go lucky" and sometimes inconsistent, unlike the intense American.

But he warned that the 25-year-old Northern Irishman would be making a mistake if he sets about targeting Jack Nicklaus' record of 18 major victories.

"It's hard to put a record like that as your career (goal). Because if you get hot, with a lot of talent like Rory and Tiger have, you can win a bunch of tournaments," he said.

"But to purely set up a career to try and beat the record, I don't think you're going to have too much fun.

"I think you need to be yourself... let's see what Rory does, but to put a record there and try and beat that, I think you're going to get disappointed quickly."

Els will play alongside Miguel Angel Jimenez and Thongchai Jaidee at the $900,000 Macau Open, from October 23-26 at Macau Golf and Country Club.

Comments
Topics mentioned in this article
Ernie Els Tiger Woods Golf
Get the latest updates on IPL 2020, check out the IPL Schedule for 2020 and Indian Premier League (IPL) Cricket live score . Like us on Facebook or follow us on Twitter for more sports updates. You can also download the NDTV Cricket app for Android or iOS.