On warm and sunny day with very little wind, Anirban Lahiri had six birdies, including five on the front nine, for a round of five-under 67 that pushed him up from Tied 44th to Tied 20th at seven-under 209 the end of the third round. 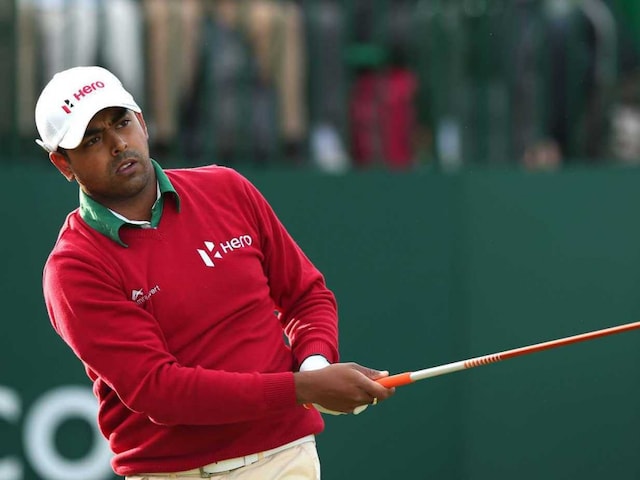 Anirban Lahiri, riding a fine birdie blitz on the front nine, moved into the good position at the Small Business Connection Championship, to further cement his PGA Tour card for 2016.

On warm and sunny day with very little wind, Lahiri had six birdies, including five on the front nine, for a round of five-under 67 that pushed him up from Tied 44th to Tied 20th at seven-under 209 the end of the third round.

The highest world ranked player in the field, Lahiri, sixth last week at the Hotel Fitness Championships, opened this week with a round of 72 that placed him 71st after the first round. A card of 70 moved him up to the Tied-44th and now after a 67 he is Tied-20th.

Lahiri, winner of two events on European and Asian Tours in Malaysian and Hero Indian Open, became the first Indian ever to be named to The Presidents Cup International Team last week.

Lahiri sacrificed some of the events on the European Tour to try and gain a card and status on PGA Tour by playing the Web.com Tour Finals, for which he became eligible by earning enough FedExCup non-member points to get to the finals directly.

Talking of the level of play in Web.com Tour, where he is playing only his second event ever, he said, You know that every week, you re going to have some guys that are going to go deep. I do find the golf courses are set up easier than we re used to, which is a good thing. It s good for scoring and it s entertaining.

"It kind of makes you play aggressively guys make a lot of birdies, and if you want to contend or win, you ve got to do the same thing. So I think it s fun. It s an exciting brand of golf," added Lahiri, who had six birdies and one bogey in the third round.

While his driving has been good in terms of distances, he is still making only around 55 percent or so of the fairways and has also missed a lot of Greens in regulation. Yet, his scrambling around the greens from the fringe has been good and has kept him in the fray.

Though Lahiri had six birdies on Saturday, none of them came on the par-5s. He barely managed pars on the first two par-5s on front nine, scrambling from the fringe and then three-putted for par on par-5 12th and then finally gave a bogey on the par-5 18th after taking a penalty drop for his second shot after a wayward drive.

Lahiri opened with a birdie on first and added two more on third and fourth, and then birdies on eighth and ninth meant he was five-under for front nine. However, he managed only one more birdie on 15th and gave away his only bogey of the day on 18th.