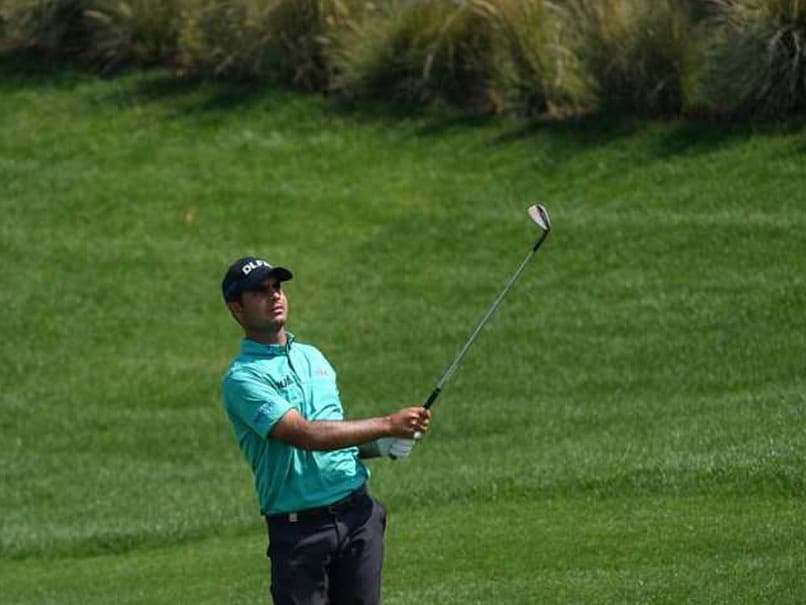 It was heartbreak for Shubhankar Sharma on the final day as he struggled to a three-over 75 to finish tied seventh as Englishman Matt Wallace bagged his second European Tour title at the USD 1,750,000 Indian Open golf tournament on Sunday. Wallace, who stayed in contention throughout the week, overcame compatriot Andrew Johnston in the play-off, 18th hole, to clinch his first Indian Open title and take home the winner's cheque of USD 291,660. "This title means the world to me. It has been a very satisfying week because it is definitely the toughest golf course that I have played in my career. I have learnt a lot and hopefully it will help me in future," said Wallace after the win.

Everything went wrong for overnight joint leader Shubhankar on Sunday at the challenging DLF golf course as he found bushes, water bodies, hit the flag once and also struggled with his putting to drop three double bogeys, three bogeys against six birdies to total four-under 284.

Last week, the 21-year-old, who won the Joburg Open and Maybank Championship, had led on the second and third day at the World Golf Championship-Mexico before finishing a creditable tied ninth.

India thus failed to retain the trophy for the first time in four years after SSP Chawrasia won it twice in 2015 and 2016 and Anirban Lahiri bagged it in 2015.

Wallace, who won the Open de Portugal last year on the European Tour, carded four-under 68, while Johnston fired six-under 66 on the final day to lie at 11-under 277 at the completion of regulation play to force a play-off.

Wallace fired five birdies and a bogey in his round, while Johnston picked up six strokes in his flawless round.

During the play-off, Wallace attacked the pin as his second shot sailed over the water hazard and landed on the greens. Johnston, on the other hand, lay-up and ended with a par even as Wallace scored a birdie to seal the contest.

Shubhankar, who had set the course record with a sensational eight-under 64 on the second day, seemed to make a good start as he fired birdies at the second and fourth holes but two double bogeys at the fifth and seventh pegged him back before he picked up a stroke at the ninth to make the turn at one-over.

At the par 3 fifth, Shubhankar hit his tee shot in the water, while he found the hazard in the par 4 seventh hole to lose four strokes. The Indian found the bunker at the 10th and 13th holes.

He ended up with a bogey in the former before producing a fighting par in the latter.

At the 13th, the two-time European Tour champion hit the flag in his second shot and the ball rolled over to the fringes and it cost him a bogey. He also dropped a double bogey at the 15th and a bogey at the 16th before sinking a birdie at the last hole.

"It was a disappointing day for me. I had a few bad swings at the start that put off my rhythm. The double-bogey on the fifth compounded my problems. Thereafter, it was all about trying to catch up with the lead," Shubhankar said.

"I had a few birdies today but there were just too many bogeys for my liking. But these things happen. Regardless of the result I'm quite happy that after being five-over through the first nine holes of the tournament I managed to finish with a four-under total," he added.

Talking about his future tournaments, the Chandigarh golfer said: "I'm looking forward to a good week of rest next week at home in Panchkula. I'm excited about playing the match-play format after a long time at the WGC Match Play later this month."