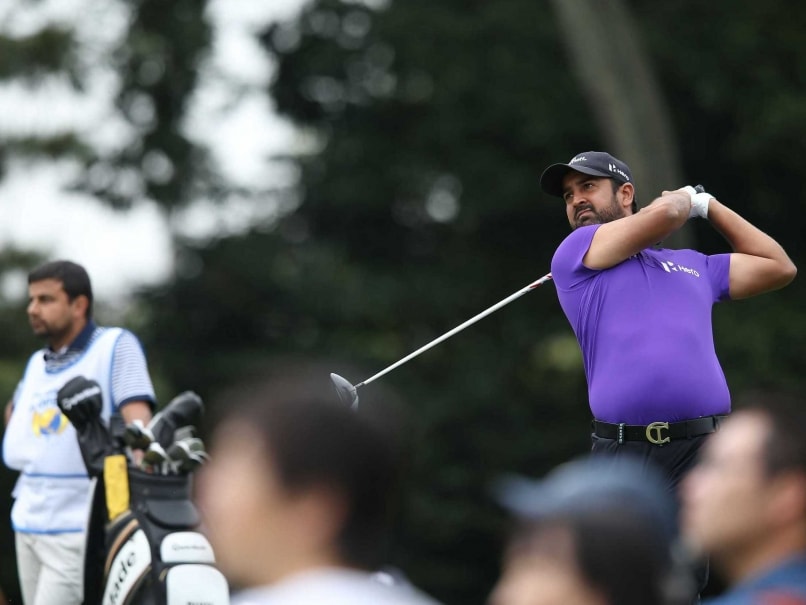 Shiv Kapur hopes to keep a level head in the final round as he aims to become the third Indian after Jeev Milkha Singh and Jyoti Randhawa to win in Japan. (Picture Credit: Asian Tour)

A patient Shiv Kapur of India grabbed the third-round lead with a two-under-par 69 at the Panasonic Open Golf Championship in Chiba, Japan on Saturday.

Kapur parred 14 straight holes before hitting back-to-back birdies on 15 and 16 to seize the outright lead on nine-under-par 204 at the USD 1.27 million event sanctioned by the Asian Tour and Japan Golf Tour.

Overnight leader Kodai Ichihara of Japan, chasing for a first career win, posted a 71 to trail by one-shot while a host of proven champions including Marcus Fraser of Australia and K.T. Kim of Korea are two shots back at the Chiba Country Club, Umesato course.

After making a stretch of pars including a huge 40-feet putt on the eighth hole, Kapur stayed cool under pressure to give himself a fighting chance to end an 11-year title drought on the Asian Tour.

"It is a great feeling to lead in a tournament. At the start of the day, the goal was to keep doing what I've been doing. It was a battle of patience for me because the putts didn't fall," said Kapur, who recently tied the knot on April 3.

"I had a 40 feet par save on the eighth hole. That was a bonus and it kept my head in it so to speak. That hole seems to have troubled me the whole week but I got one back today and steadied ship. From there I played steady golf," he explained.

Kapur hopes to keep a level head in the final round as he aims to become the third Indian after Jeev Milkha Singh and Jyoti Randhawa to win in Japan.