Shakib Al Hasan is an Inspiration for Bangladeshis: Siddikur Rahman

Siddikur Rahman, who will play in the 4th Louis Philippe Cup for Kapil Dev-owned team called Dev Ellora Pune, said he dreams of doing it for gold what Shakib Al Hasan did for cricket in his country. 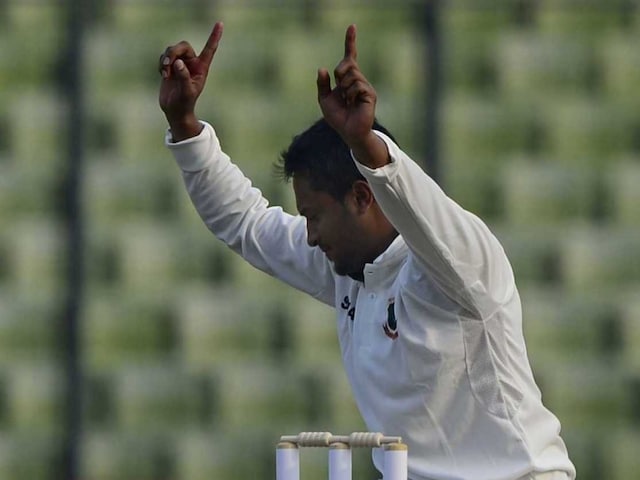 Bangladeshi golfer Siddikur Rahaman feels that rise of star cricketer Shakib Al Hasan as a national icon has been an inspirational story for all sportspersons in his country.

Siddikur, who will play in the 4th Louis Philippe Cup for Kapil Dev-owned team called Dev Ellora Pune, said he dreams of doing it for gold what Shakib did for cricket in his country.

"How often does a sportsperson from our nation get to play in the best league in the World. Surely Shakib's rise is an inspiration to all of us. I am glad that I could achieve a similar feat by being able to play in Louis Philippe Cup, which is like the IPL of Golf in India.

Describing the fan base in his country for cricket and golf, he said, "I can still walk in the crowd and not be recognised but Shakib cannot. He changed the way Bangladeshis look at cricket, and I hope I will be able to do the same for golf in my country."

"I will also be keeping an eye on Shakib's performance in the Test match that begins tomorrow, and I hope Bangladesh shines there as well," said the Dhaka-based golfer who won the 2013 Hero Indian Open.

"I met Shakib twice in an award ceremony where he came to me and wished me all the best. He wanted me to teach his wife some golf but due to the busy schedule it never happened. I am happy that a guy of his stature came to meet me on the stage and asked me for help. It was a great feeling," added Siddikur.

Winner of 12 amateur events between 1999 to 2007 including the 2004 All India Amateur at the Delhi Golf Club, Siddikur joined the Professional Golf Tour of India in 2007.

He also represented the Lucknow team in the inaugural Louis Philippe Cup at KGA in 2012.

"Leagues are the future of most sports and I was very happy to know that India is bringing a golf version of the IPL. There was no way I was going to miss on the opportunity of playing in the first season."

Comments
Topics mentioned in this article
Siddikur Rahman Shakib Al Hasan Golf
Get the latest updates on IPL 2020, check out the IPL Schedule for 2020 and Indian Premier League (IPL) Cricket live score . Like us on Facebook or follow us on Twitter for more sports updates. You can also download the NDTV Cricket app for Android or iOS.