Rory McIlroy, who leads a host of the sport's biggest names to have withdrawn in controversial circumstances from next month's Rio Olympics, is bidding to win his fifth major and second Open after his victory at Hoylake in 2014 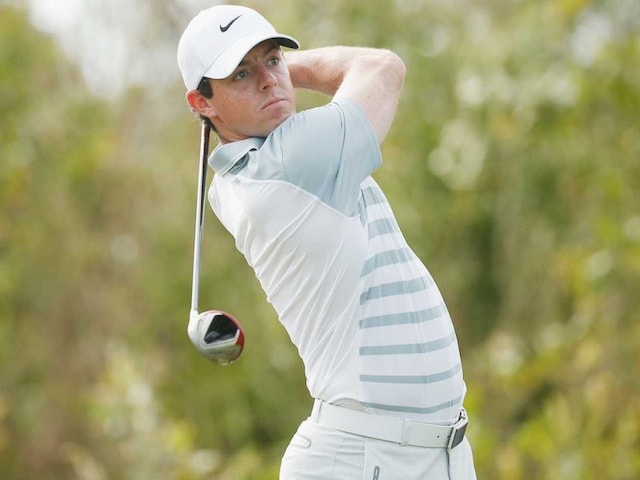 Rory McIlroy pulled out of Rio Olympics due to Zika virus fears.© AFP

Treacherous and unfamiliar challenges lie in wait as the British Open returns to Royal Troon this week and Rory McIlroy returns to the hunt for the Claret Jug.

McIlroy, who leads a host of the sport's biggest names to have withdrawn in controversial circumstances from next month's Rio Olympics, is bidding to win his fifth major and second Open after his victory at Hoylake in 2014.

Twelve months ago, McIlroy was missing from the field in St Andrews after suffering an ankle injury while playing football but he will tee off on Thursday morning in the same group as Bubba Watson and Japan's Hideki Matsuyama.

"I'm excited to be back and to a golf course that I've never played before," the Northern Irishman, number four in the world, told reporters on Tuesday. "I don't really have any experience here at Troon, so it was good to get a couple of good looks at it last week, and then I just played another 18 holes this morning."

Troon is where Tiger Woods first played in the Open as a professional in 1997. The ailing 14-time major winner is not in this year's field and instead the focus is on the current 'Big Four' of McIlroy, Jordan Spieth, Jason Day and recent US Open winner Dustin Johnson.

They have all withdrawn from the Rio Games amid much-publicised fears about the Zika virus, with Spieth pulling out at the last minute on Monday. The 22-year-old Texan will be relieved to be able to focus on the Open now after being hit with a barrage of questions about the Olympics on Tuesday. He is targeting the Claret Jug and a third major title having won the Masters and US Open last year.

"This is a very, very special tournament; everybody knows that. "I crave to have that trophy in my possession at some point, and to reach a third leg of the Grand Slam this week would be a fantastic achievement and a life-long goal of mine," said Spieth, who is not in the best of form but has history on his, or at least his country's, side.

The Open has been played at Troon eight times, with the last six winners all American, most recently Todd Hamilton in 2004. In 1997 the winner was Justin Leonard, a Texan just like Spieth. "I don't think it impacts you, but I think it's very cool to walk through the clubhouse halls to see that," said Spieth of Troon's history.

Dustin Johnson may be the favourite and Day the world number one, but all of the sport's leading players must beware the potential pitfalls in store. Troon is home to one of golf's most iconic and deeply unpredictable holes, the 123-yard par-three eighth known as the Postage Stamp. Here is where German amateur Herman Tissies took 15 in 1950 but also where a 71-year-old Gene Sarazen had a hole-in-one in 1973.

"I think I took an eight or a nine, so that didn't go too well," McIlroy said of his efforts in practice. "If you make four threes there this week, you're probably going to gain a bit of ground on the field." Then there is the 11th, a 482-yard par-four with the Glasgow to Ayr railway line immediately over a four-foot high stone wall to the right side. Jack Nicklaus took 10 here in 1962.

"They're both incredibly difficult, yeah," acknowledged England's Justin Rose of the two holes. With this being the first Open at Troon since 2004, the younger stars of modern golf are unfamiliar with the course but one man who knows it all too well is Colin Montgomerie. This is the veteran Scot's home-town Open, and his 86-year-old father will become club president next week. Montgomerie came through qualifying and will hit the championship's first tee shot at 6:35 am local time (0535 GMT) on Thursday as he goes out with Luke Donald and Australia's Marc Leishman.

The latter was involved in a three-way play-off in St Andrews last year that was won by the American Zach Johnson. It was played out in gloomy conditions on the Monday after wind and rain delayed the finish. The hope is for calmer weather this year, although Friday is expected to be particularly wet and the wind coming in from the Firth of Clyde is bound to make life difficult.

"If you get it breezy, like in any Open venue, this place really shows its teeth. I think it's a fantastic Open venue and a fantastic test of golf," acknowledged the current Masters champion Danny Willett.

Comments
Topics mentioned in this article
Rory McIlroy Dustin Johnson Jason Day Jordan Spieth Golf
Get the latest Cricket news, check out the India cricket schedule, Cricket live score . Like us on Facebook or follow us on Twitter for more sports updates. You can also download the NDTV Cricket app for Android or iOS.