Rahil Gangjee is half-Mauritian as his mum Nazirah hails from the world famous holiday isle and the 36-year-old is dreaming of a win at the Heritage Golf Club to repay her dedication in nurturing his career. 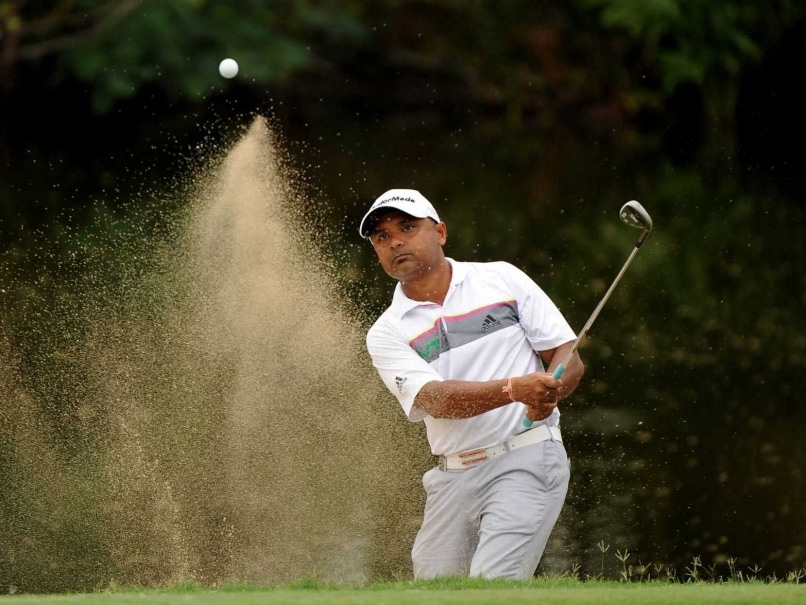 India's Rahil Gangjee will be shooting for a 'home' victory for his mother at the Euro 1 million (approximately USD 1.1 million) AfrAsia Bank Mauritius Open which begins on Thursday.

Gangjee is half-Mauritian as his mum Nazirah hails from the world famous holiday isle and the 36-year-old is dreaming of a win at the Heritage Golf Club to repay her dedication in nurturing his career.

The one-time Asian Tour winner is amongst a 132-man field gathered for the tournament, which is the first tri-sanctioned event by the Asian, European and Sunshine Tours. Top stars gathered in Mauritius include South Africa's George Coetee, Denmark's Thomas Bjorn, Australia's Scott Hend and Thailand's Kiradech Aphibarnrat.

"It'll be really exciting if I can win. It'll be a dream come true. Mauritius is partly my home because I'm half Mauritian," said Gangjee.

"I had dinner on Monday with my aunt who lives here and she's like saying "you can do it, it's your home." There's a bit of pressure but it's going to be fun to have some family support here. I tried to get mum to come over but she'd just come back from the US visiting my sister."

When Gangjee started playing the game as a kid, his mother would diligently drive him to the golf course after school daily and then wait for hours for him to conclude his practice.

"My mum was a great influence. She'll take me straight from school to the course. While I play, she'll take a nap in the car at the parking lot which happened for years until I was old enough to go to the course on my own.

"She did a lot to make sure I had everything that I needed. She always encourages me in whatever I did while dad was a bit more apprehensive as he was the decision maker," said Gangjee.

Gangjee's lone Asian Tour victory was achieved over 10 years ago in China and coming off his joint best season last year where he placed 19th on the Order of Merit, the slightly built Indian hopes to contend for a second career title this week.

"I've been thinking about it a lot," said Gangjee, who lost in a play-off at the Panasonic Open India after leading for three rounds last November.

"It's almost there but I think there's still something missing. Every time I played well or go into the lead, something happens. In Delhi, it was pressure all the way from day one to day four. Everything was on me and I'm thinking about it."

Big-hitting Hend, one of the most successful international players with six titles on the Asian Tour, will be hoping to use his power to great effect at the Heritage course.

"I'm here for two reasons, one to try and win and get more years exemption in Asia and Europe and also to get my events up to secure my spot in the events later this year. I don't necessarily have to be here but I want to be here to solidify my position on the Order of Merit," said the Aussie, who is currently fourth on the Merit list.

"Some greens are tricky here and the grass is a bit different to what we are normally used to. But the ball is rolling fine. You can score out here. There are two drivable par fours and the par fives are reachable. It's out there to be had. You just have to get the ball under the hole."

One of the most well-travelled golfers in the world, US-based Hend was delighted to tick off Mauritius from off his list. The Mauritius Open is one of five new events on the 2015 Asian Tour Schedule.