Rahil Gangjee finished with a four-day total of 12-under 276 -- three strokes behind champion Natipong Srithong of Thailand, who scored 67 on the final day at the Manila Southwoods Golf and Country Club. 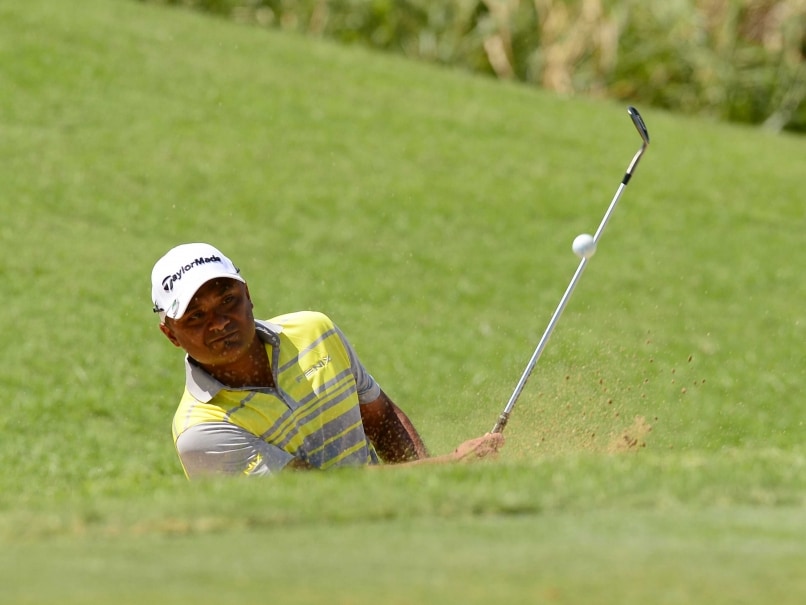 Rahil Gangjee of India plays a bunker shot during the final round of the Resort World Manila Masters.© AFP

Indian golfer Rahil Gangjee signed off with a four-under 68 to finish an impressive tied fifth, while S.S.P. Chawrasia carded 70 to take tied 14th after the fourth and final round of the $1 million Resorts World Manila Masters on Sunday. (Read More in Golf)

He finished with a four-day total of 12-under 276 -- three strokes behind champion Natipong Srithong of Thailand, who scored 67 on the final day at the Manila Southwoods Golf and Country Club.

Second best Indian performer was another Kolkatan, Chawrasia, who finished six shots off the pace. Chawrasia, who was tied fifth after the third round, added a 70 to 70, 70 and 67 he bagged in the first three days. The seasoned Indian got $13,550 to remain fourth in the Asian Tour Order of Merit.

However, the day belonged to newcomer Srithong, who claimed a thrilling one-shot victory over Jbe Kruger (71) of South Africa, becoming the second Thai rookie to win in successive weeks on the Asian Tour.

The 22-year-old Srithong, who turned professional in September after winning the individual and team gold medals at the Southeast Asian Games, overcame a four-shot deficit in the final round with a brilliant 67 and 15-under 273 total.

"I was really motivated to play well because I have no status on the Asian Tour. I thought if I didn't win, I will go to Qualifying School to get my card. I don't have to anymore," smiled Srithong.

Overnight leader Hung Chien-yao of Chinese Taipei, who sank a magical hole-in-one, endured a topsy turvy one-over 73 to share third place with countryman Lee Chieh-po, who closed with a 70.