Chirag Kumar and Rahil Gangjee will be leading India's challenge at the Panasonic Open in the absence of defending champion SSP Chawrasia. 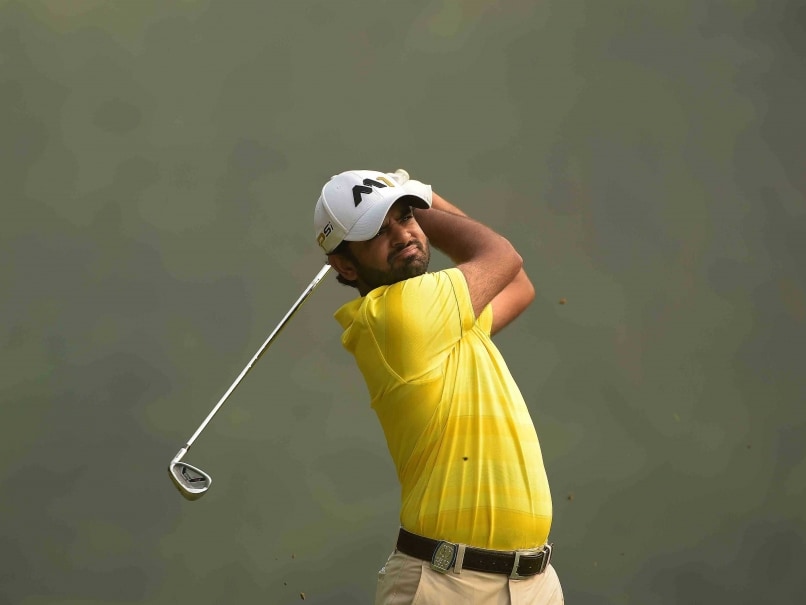 In the absence of defending champion SSP Chawrasia and India ace Anirban Lahiri, Chirag Kumar and Rahil Gangjee will lead the home challenge at the fifth Panasonic Open India that gets underway at the prestigious Delhi Golf Course here on Thursday. (Anirban Lahiri Aims Higher at World Golf Championship)

The Panasonic Open India, which will offer USD 400,000 this year - an increase of USD 100,000 from past editions -has attracted some of the leading players from the reigion including two-time Order of Merit winner Thaworn Wiratchant of Thailand and Mardan Mamat of Singapore. (Chirag Kumar, Rahil Gangjee Eye Good Opening in Panasonic Golf)

However, Lahiri and Chawrasia will be missing in action at DGC as they would be competing at the WGC-HSBC Champions at Shanghai, China in the European Tour.

Gangjee and Mithun Perera of Sri Lanka, who finished tied second last year, will feature alongside Australia's Marcus Both, Bangladesh's Siddikur Rahman and Indian duo of Gaganjeet Bhullar and Rashid Khan in the event.

Gangjee, who was left heartbroken when he lost in a play-off to Chawrasia and Perera last year, is hoping to break his title jinx at the DGC this week.

Â After struggling with his driver this year, Gangjee, who won his last title at the Volkswagen Masters in 2004, is excited to return to the tree-lined Delhi Golf Club.

"I played this golf course so many times. If I hit it well then I'm always in contention here. I did that good last year and I led for all four days. It was a chance for me to win last year after many years. I did a really good job but it didn't work out my way. It took me a few months to recover from that defeat and realign my thoughts," he said.

Also in contention will be Chirag, who secured his Asian Tour card by finishing second at the Venetian Macau Open last month.

"Having a good result gives you a lot of confidence but what's more important is that I contended against Scott Hend and Anirban Lahiri! I was able to keep up with them and that gives me a lot of confidence and makes me believe that I can be out there and play against them," he said.

"I know this course well and if I can stick to my routine and process then I should be okay," said the 31-year-old, who had injured his right ankle in 2012.

Another golfer to look out for is Siddikur, who has won once at the venerable Delhi course and finished runner-up on three occasions in the last five years. He has also secured eight other top-10 results, making him one of the favourites to contend for the Panasonic Open India title this week. Despite his impeccable track record at the tree-lined Delhi course, Siddikur is slightly disappointed that he has not won more Asian Tour titles at the venue.

"I finished second so many times here and that could have been victories. I wish I won more at Delhi because this golf course suits my game. I have good confidence here and that's the key to playing well here," he said.

After taking a week's break, Siddikur is fully recharged and ready to compete at his favourite hunting ground.

"I had a break last week and I didn't practice much. I just prepared myself mentally for this week. I'm feeling very confident ahead of this week. I'm quite happy with my game. I played in the last five events and made four cuts. I think my game is back," said Siddikur.

Perera, who was locked in a three-way play-off last year, is also eyeing his maiden Asian Tour win.

"I could not win any Asian Tour event so far though I came close a few times. The game is there but I need a bit of luck. Accuracy is my strength and so I think I have a chance this week," he said.

"I strongly believe that my first win will come at the Delhi Golf Club. I always stay out of trouble on the course so I just need some putts to go my way and I'll taste that first victory," added the sharp-shooting golfer, who finished tied third at the Hero Indian earlier this year.

Chikka will need a good week to boost his standings on the Order of Merit where he currently sits in 71st position. He has to finish inside top-60 at the end of the season to retain his Asian Tour card for 2016.

Comments
Topics mentioned in this article
Golf Rahil Gangjee Anirban Lahiri
Get the latest updates on India vs Australia Series, check out the India vs Australia Schedule for 2020-21 and Ind vs Aus live score . Like us on Facebook or follow us on Twitter for more sports updates. You can also download the NDTV Cricket app for Android or iOS.