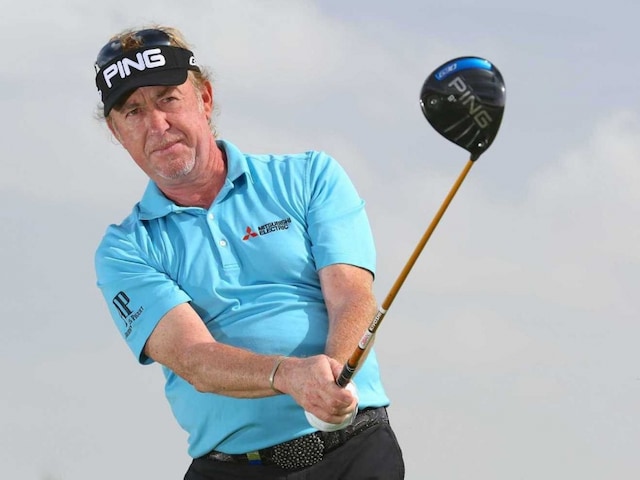 Spaniard Miguel Angel Jimenez, who is poised to make his debut at the Indian Open next month, moved into winning mode by emerging victorious at the Tournament of Champions on the Seniors Tour this weekend.

The Spanish veteran will headline a strong field comprising players from Asia and Europe as the $1.5 million Indian Open gets underway here. The tournament will be co-sanctioned between the Asian and European Tour and will be held between Feb 19-22 at the Delhi Golf Club.

Jimenez, a 26-time winner around the world including 21 times on European Tour and seven times on Asian Tour, has now won two times in three starts on Champions Tour. He won the Greater Gwinnett Championship last year, a week after finishing fourth in the 2014 Masters.

In May 2014, he won the Spanish Open at 50 years and 133 days to break his own record as the oldest European Tour champion.

Jimenez has also represented Europe in the Ryder Cup on four occasions and figured in the winning team twice. He was also the playing captain of Team Europe at the inaugural EurAsia Cup in Malaysia last year which ended in a thrilling 10-10 tie with Team Asia.

The Indian Open will see a strong Indian line-up who will compete against some of the best in the world.

Comments
Topics mentioned in this article
Miguel Angel Jimenez Golf
Get the latest Cricket news, check out the India cricket schedule, Cricket live score . Like us on Facebook or follow us on Twitter for more sports updates. You can also download the NDTV Cricket app for Android or iOS.