Westwood, who has won the tournament twice before, pulled away from the field last year to win by seven strokes. 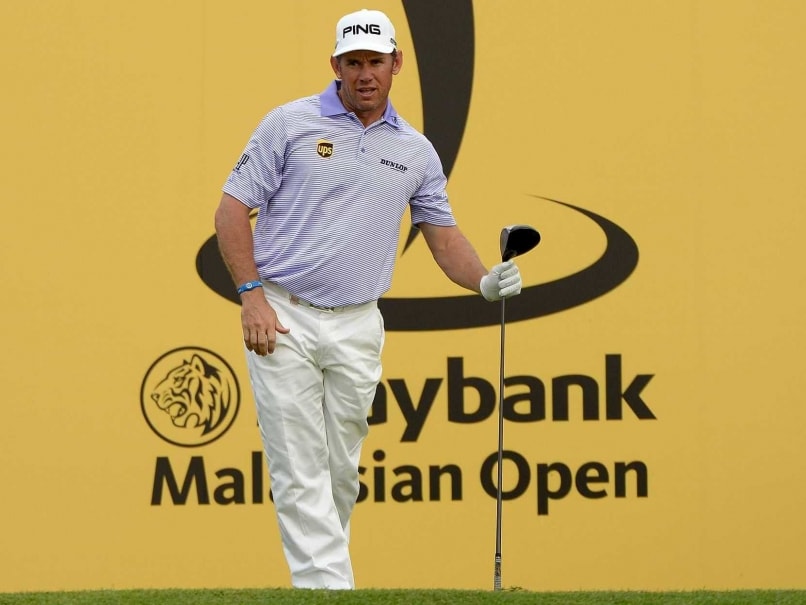 Lee Westwood mounted the defence of his Malaysian Open title with a six-under-par 66 to take a share of the first-round lead Thursday with his Ryder Cup teammate Graeme McDowell.

The Englishman handled the breezy conditions at the Kuala Lumpur Golf and Country Club and putted confidently en route to seven birdies on a course where he thrives.

"It was a good start and I'll take that. I putted nicely and started the ball on the line well," he said. (PGA Tour Caddies Sue Over Wearing Bibs With Logo)

Westwood, who has won the tournament twice before, pulled away from the field last year to win by seven strokes. He said this week the course is one "where I almost feel like a member".

McDowell, the former US Open champion kept the pace, also notching seven birdies against a single bogey on the demanding course.

"It's tough to pinpoint what you have to do right on this course because you have to do everything right," he said. (Rory McIlroy Settles Case with Former Agents)

England's Tommy Fleetwood was a stroke off the lead, tied with Malaysia's Danny Chia and Sunghoon Kang of South Korea.

The Asian Tour's current top-ranked golfer David Lipsky of the United States is among the expected contenders who stumbled out of the gates.

Lipsky had three bogeys and a double to finish on an even-par 72. (Is Tiger Woods Now Toothless?)

France's rising star Victor Dubuisson was expected to mount a challenge to Westwood but pulled out before play started, citing illness.

The $3 million event is co-sanctioned by the European and Asian Tours.

Comments
Topics mentioned in this article
Lee Westwood Graeme McDowell Golf
Get the latest updates on IPL 2020, check out the IPL Schedule for 2020 and Indian Premier League (IPL) Cricket live score . Like us on Facebook or follow us on Twitter for more sports updates. You can also download the NDTV Cricket app for Android or iOS.