Jyoti Randhawa who was tied 28th with Chawrasia on Friday, got off to a flying start, getting birdies on the first and second holes. 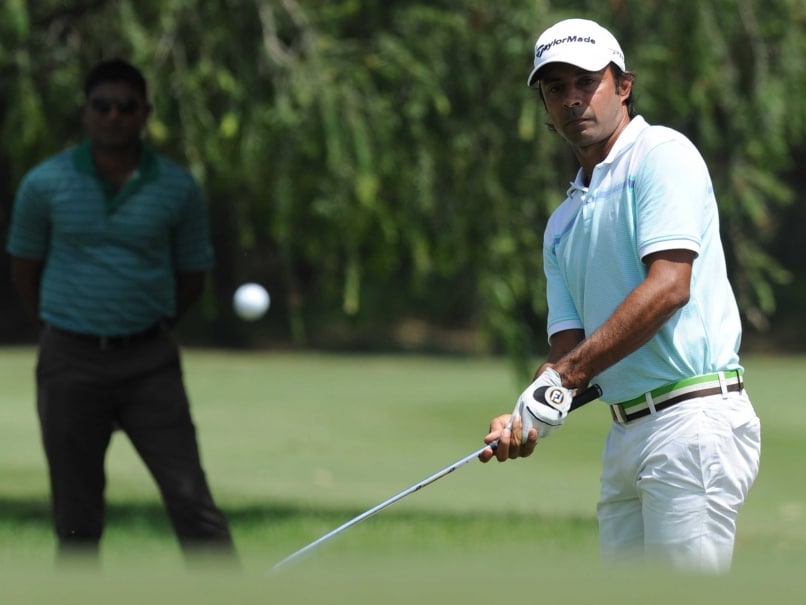 Jyoti Randhawa felt that he was swinging well and he didn't miss too many shots.© AFP

India's Jyoti Randhawa (five-under 67) and S.S.P. Chawrasia (68) continued their upward march in the $1 million Thailand Golf Championship as they finished tied ninth and tied 14th after the third and penultimate round on Saturday. (Read More in Golf)

Veteran Randhawa, who was tied 28th with Chawrasia on Friday, got off to a flying start, getting birdies on the first and second holes. The former Asian Tour champion dropped a shot on the fourth before picking two birdies in the next two holes. Two more birdies on the 11th and 13th gave him a 67, helping him get a three-day total of eight-under 208 (73-68-67).

"I was pretty focused today. I guess that was the key to me playing well. I made six birdies and a bogey. It was great playing alongside Bubba (Watson). He's a very nice person. We've got a great crowd following us so it was really enjoyable out there," 43-year-old Randhawa said in an Asian Tour release.

"You really got to learn to hit it long on this course. Overall, it was a good day. I guess I was better focused than how I was in the last two rounds. I was swinging well and I didn't miss too many shots. I was in the game momentarily and I was more focused into my shots."

His compatriot Chawrasia remained one stroke behind him as he charged ahead with birdies on the fifth, sixth, eighth, 11th and 14th against a bogey on the 15th.

Gaganjeet Bhullar was tied 34th after scoring 72 that took his total to three-under 213 at the Amata Spring Country Club.

Meanwhile, rising French talent Clement Sordet emerged as the surprise package when he stormed his way to the top with a nine-under 63.

Playing on a sponsor's invitation, the 23-year-old stuck to his patient game plan before compiling a three-day total of 16-under 200 for a two-shot lead over Wales' Jamie Donaldson (71), who had led the opening two rounds at the Asian Tour event.

Westwood remains on target for his Thailand Golf Championship treble as he made his move with a 64 to take the third place with South Korea's Byeonghun An a further shot back in fourth place on 204 total.

Having only joined the professional ranks in July this year, Sordet clinched his first victory in just his fourth start as a professional in Northern Ireland the following month.

The Frenchman is continuing to make his mark abroad by eclipsing the marquee names at the Thai showpiece which he fears may now give him a sleepless night.

Starting the day in eighth place, Sordet sprinted towards the turn in 31 but it was his eagle three and birdie on 15th and 17th respectively which gave him the most satisfaction.

Comments
Topics mentioned in this article
Jyoti Randhawa Bubba Watson Shiv Kapur Arjun Atwal Golf
Get the latest updates on IPL 2021, IPL Points Table , IPL Schedule 2021 , live score . Like us on Facebook or follow us on Twitter for more sports updates. You can also download the NDTV Cricket app for Android or iOS.