Jordan Spieth fired a closing round of six-under 67, capping an incredible week of precision golf to win the Tournament of Champions by eight strokes. 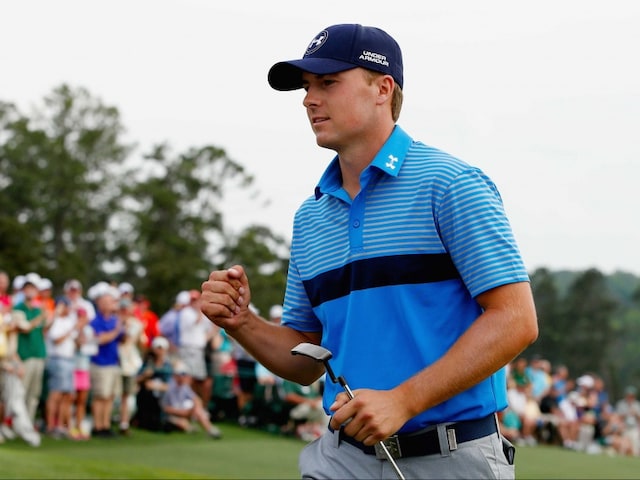 Jordan Spieth has equalled Tiger Woods for the most career wins before the age of 23.© AFP
Kapalua:

Jordan Spieth claimed his seventh USPGA Tour title on Sunday, routing the field to win the Tournament of Champions and match Tiger Woods for the most career wins before the age of 23. (Jordan Spieth Expects to Win At Least One Major in 2016)

The 22-year-old Texan fired a closing round of six-under 67, capping an incredible week of precision golf to win by eight strokes. (Spieth's Hole-in-One Steals the Show on Day 1 of World Challenge)

He finished at 30-under 262, becoming just the second player in history to hit that magic 30 number. (Jason Day Replaces Jordan Spieth As Golf's World No. 1)

It may be his first USPGA Tour tournament of 2016, but Spieth has picked up right where he left off last year when he won two majors and five titles. He also finished runner-up at the PGA Championship and fourth at the British Open.

The reigning Masters and US Open champion is pleased with his start to the year.

"Very satisfied," Spieth said. "I felt comfortable the whole week. It felt like it was a short three-week break over the holidays and just tried to continue exactly what we were doing last year.

"It worked this week and all parts of the game were firing."

Fellow American Patrick Reed, the defending champion in the tournament open only to the prior season's winners, ended up in sole possession of second place after making a final round charge.

He had four birdies on the front nine at the par-73 Plantation Course at Kapalua. He finished with a four-under 69 to reach 22-under 270.

Brandt Snedeker (67), and Brooks Koepka (71) tied for third at 21-under, nine strokes back of Spieth.

Rickie Fowler shot a six-under 67 to finish alone in fifth.

Spieth, who doesn't turn 23 for another six months, said he is uncomfortable with comparisons to 14-time major champion Woods.

"I am no where near him. I don't think there is any reason to compare," he said. "It is awfully early. What Tiger has done I can't imagine ever being done again.

"It is nice to be in that company anytime you can get into the company of some of the hall of fame players. It is certainly a goal I have had since I was a kid."