Jordan Spieth, who had missed the cut on the opening day of the PGA Valspar Championship, has blamed a Twitter tirade for losing focus. 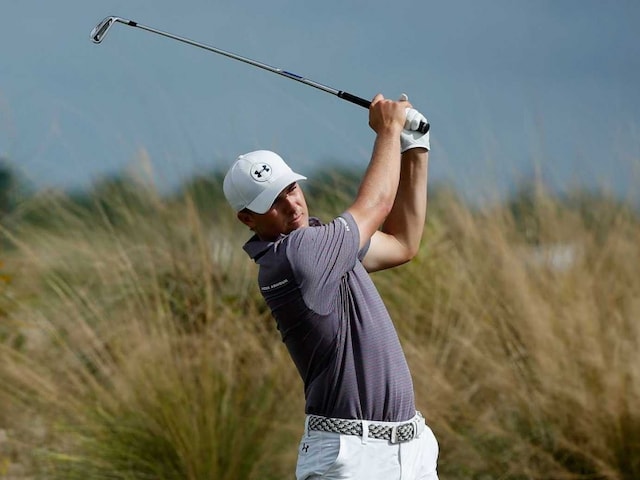 World number one Jordan Spieth blamed a Twitter tirade at critics on frustration and boredom Friday as he fought back to make the cut at the PGA Valspar Championship. (Latest Golf News)

The 22-year-old American, defending champion at this week's event just as he will be at next month's Masters and the US Open in June, followed an opening five-over-par 76 with a 68 Friday to stand on two-over 144 after 36 holes on the Copperhead course at Innisbrook.

That left him one shot inside the cut line and seven off the lead at 137 shared by compatriots Steve Stricker and Will MacKenzie.

But it was the shots Spieth took at Twitter critics after his first round Thursday that were the hot topic of conversation, the first after Spieth read his Twitter feed and saw a "troll" who asserted that when Spieth's putter "is not working, he's garbage."

Spieth responded: "Couldn't be further from the truth troll. Go do research before hating."

On Friday, Spieth said, "You'll probably never see me do that again," when it comes to responding to future critics online.

"It's just really frustrating. I should never respond to any of that, just let it go. By the time the next tournament rolls around no one even remembers it any ways."

During post-round comments to reporters after his 76, Spieth had joked, "What good does kicking the hotel room door do other than possibly injuring my foot and then having to withdraw?"

That was the quote the PGA Tour chose to use in a tweet to spark interest in a link to its story on Spieth, a decision that drew Spieth's ire as well.

"@PGA Tour: seriously? That's the quote you're going to use out of that article?" Spieth tweeted.

"I felt it was uncalled for when I composed myself well after the round," Spieth said. 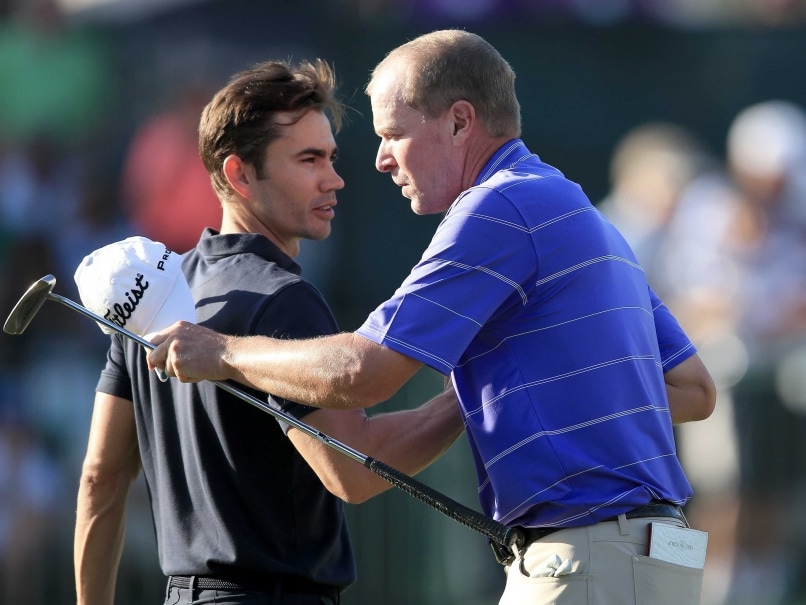 Steve Stricker and Will MacKenzie shared the lead in the PGA Valspar Championship.

The Twitter exchanges prompted four-time major winner Rory McIlroy of Northern Ireland to tweet support for Spieth, noting that while he might not be Tiger Woods, he's far from woeful.

Spieth, who ended last season by winning the Tour Championship and the $10 million season playoff points bonus, won the Tournament of Champions to open 2016 but has had frustrations since then.

A third-round 74 at Pebble Beach left him level 21st, he missed the cut at Riviera after a career-high first round of 79 and back-to-back weekend 73s left him level for 17th last week at Doral. All that set the stage for his Thursday frustrations.

"There will always be plenty of people who have their own opinion and people that don't like the way I play the game or the way I handle things," Spieth said Friday. "I've just got to be confident in what I'm doing and know many more do appreciate it.

"I was a bit bored yesterday afternoon and looking at my feed after a tough round and not good things were popping up. You can imagine if someone was talking to you like that it would be a bit frustrating. But I got over it quickly."

A new driver and reduced schedule -- 14 events over the past two years -- have helped his bid for his first title since the 2012 Tournament of Champions.

"I like my progression, the way I'm going," he said. "I've been working at home. Things are starting to look up. I'm putting a lot better than I have the past year and a half. When I'm putting well, things are better in my world."

MacKenzie, using a claw-style to putt, birdied four of the first seven holes and sank a 36-footer for birdie at 18 to grab a share of the halfway lead.

"I feel so good with the putter. That's the difference," he said. "I'm going to ride (the claw grip) until it doesn't work any more."