Jordan Spieth, who is ranked number one in the world, missed his second cut of 2016 as he fell off the pace in the Valspar Championship. 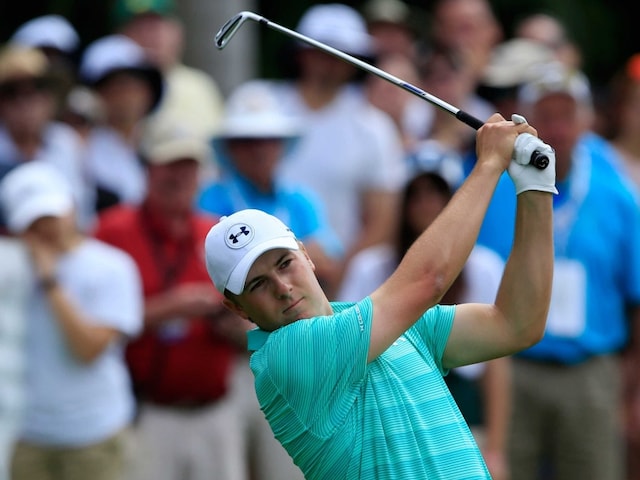 Jordan Spieth, who is the world number one, had a terrible time in the Valspar championship as he fell way off the pace.© AFP

World number one Jordan Spieth was left staring down the barrel of his second missed cut of 2016 after firing a five-over-par 76 in the opening round of the Valspar Championship. (Latest Golf News)

The defending champion, who had missed the cut at the Northern Trust Open in Los Angeles last month, suffered a torrid round on the Innisbrook Resort's challenging Copperhead layout to finish the day way off the pace.

Spieth, who struggled to get to grips with the blustery conditions, carded six bogeys and one birdie and will need to produce something miraculous on Friday if he is to extend his participation into the weekend.

"It was a very tough day. I just didn't hit enough greens," said Spieth, who never recovered after a disastrous start which included five bogeys and one birdie in his first seven holes to put him four over at the turn.

"I got off to a poor start and I was behind the eight-ball with gusty wind on a tough golf course," the 22-year-old Texan said.

Spieth was also dismayed with his putting performance on greens that played very slowly.

"It's so tough on some of these putts down the hill to hit them as hard as we have to hit them," Spieth said.

"It's one thing to practice on the greens and get used to it, it's another to actually do it."

Spieth was left nine shots adrift of early pace-setters Keegan Bradley, Ken Duke, and Charles Howell III, who all carded four-under-par 67s to take a share of the first round lead.

Bradley shot five birdies and one bogey, a haul which included a superb 25-foot birdie putt at the par-three fourth.

Unlike Spieth, Bradley was happy with the condition of the greens.

"I think this is a great speed for these greens," he said, admitting however that the wind had caused him problems.

"It seems to be very up and down ... it's a tough round. The course is so good because if you hit good shots it really rewards you," he said.

Journeyman Duke meanwhile, who has not won a PGA Tour event since 2013, joined Bradley at the top of the first round leaderboard after conjuring up a final hole chip-in from the edge of the 18th green for his fourth birdie of the day.

Howell was flawless in his opening round, finishing with 14 pars and four birdies. The highlight was a monster 45-foot birdie on the par-five 11th.