Dustin Johnson Named Player of The Year After Breakthrough Season

Dustin Johnson, the World No.2, landed the coveted golf honour after posting a career-best three wins, including his US Open triumph at Oakmont Country Club in June. 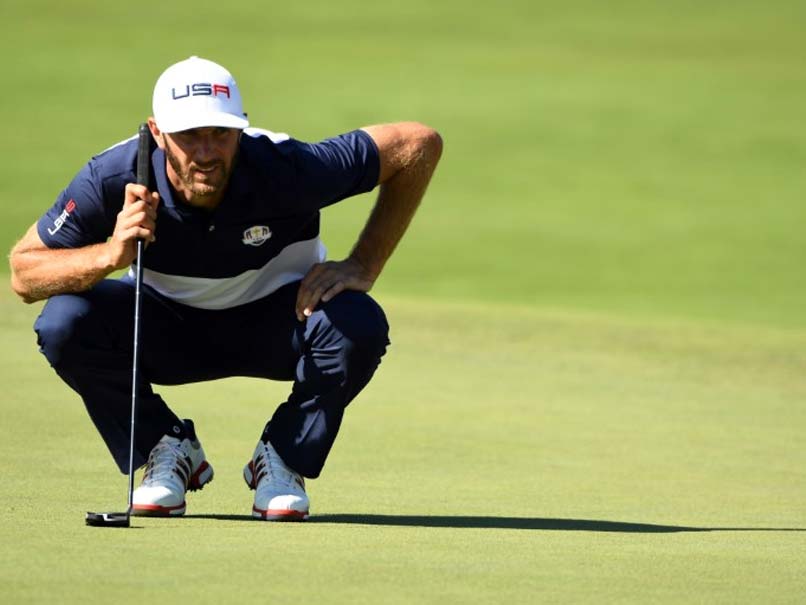 American Dustin Johnson lines up a putt on the first green during the 41st Ryder Cup.© Reuters

American Dustin Johnson was named the PGA Tour's Player of the Year on Tuesday after a sensational 2015-16 season in which he celebrated his breakthrough victory in a major championship.

The world number two landed the coveted honour after posting a career-best three wins, including his U.S. Open triumph at Oakmont Country Club in June.

Johnson, who also won the World Golf Championships-Bridgestone Invitational and BMW Championship, claimed Player of the Year honours over Jason Day, Rory McIlroy, Adam Scott, Jordan Spieth and Henrik Stenson in a vote of his peers.

Johnson, 32, also earned the earned the Arnold Palmer Award as the Tour's leading money winner ($9.4 million) and claimed the Byron Nelson Award for adjusted scoring average (69.172), the PGA Tour said in a statement

After several near-misses in recent years, Johnson finally clinched his first major title amid high drama as he was forced to negotiate the final seven holes under notice that he might be penalised for a rules infraction.

He also held top spot on the FedExCup points list going into the season-ending Tour Championship, where he narrowly missed out on the mind-boggling $10 million playoff bonus after struggling to a closing 73.

Comments
Topics mentioned in this article
Golf , 1900-01-01 , Dustin Johnson , 1984-06-22 , United States
Get the latest updates on IPL 2020, check out the IPL Schedule for 2020 and Indian Premier League (IPL) Cricket live score . Like us on Facebook or follow us on Twitter for more sports updates. You can also download the NDTV Cricket app for Android or iOS.