Anirban Lahiri reinforced his stature as one of golf's rising young stars with a spectacular season to remember in 2015. Lahiri triumphed at the Maybank Malaysian and Indian Open before going on to finish tied fifth at the PGA Championship last year. 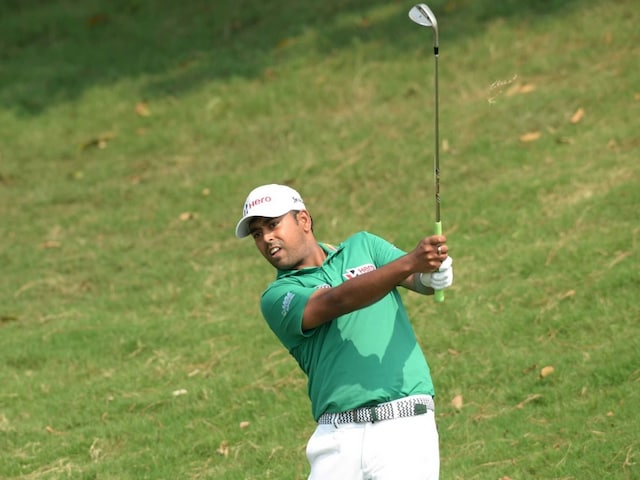 India's Anirban Lahiri has been voted as the Hilton Asian Tour Golfer of Year by fans in an online poll. (Click here for latest Golf stories)

Lahiri reinforced his stature as one of the global game's rising young stars with a spectacular season to remember in 2015.

The Indian triumphed at the Maybank Malaysian and Indian Open before going on to finish tied fifth at the PGA Championship last year.

He also became the first Indian to feature at The Presidents Cup and ended the year by winning the Asian Tour Order of Merit title and finishing in 40th place in the world rankings.

"Many thanks to all my fans who voted for me for the Hilton Asian Tour Golfer of the Year. Starting out the year, finishing in the world's top-50 and winning the Asian Tour Order of Merit were two of my main goals and I'm delighted to have achieved this target," Lahiri said.

"I look forward to another memorable season in 2016 with the continued support and encouragement from everyone," he added.

Lahiri won the award ahead of Thailand's Thongchai Jaidee, Malaysia's Danny Chia and Philippines' Miguel Tabuena. The quartet were nominated by a selection panel before going into a voting process.

Thongchai won once in Europe and posted eight other top-10s last year to jump to a career high 28th position in the world while Chia ended his 13-year title drought by winning the Mercuries Taiwan Masters.

Congratulating the Indian golfer, Mark Liversidge, vice president, Marketing - Asia Pacific, Hilton Worldwide said: "On behalf of Hilton Worldwide I would like to congratulate Anirban Lahiri on receiving this accolade. He was a very deserved winner of the inaugural monthly award back in September and is always a favourite with the golfing fans across Asia.

"Our Hilton Asian Tour Golfer of the Month and Golfer of the Year awards are an opportunity for the fans to show their support to their top playing professionals and for Hilton to recognise their efforts across the year and celebrate their success, whether it's a tournament victory or a moment of magic out on the course."

As part of Hilton Worldwide's newest partnership with the region's premier Tour, the Hilton Asian Tour Golfer of the Month award aims to recognise outstanding efforts of Asian Tour members both at home and abroad.