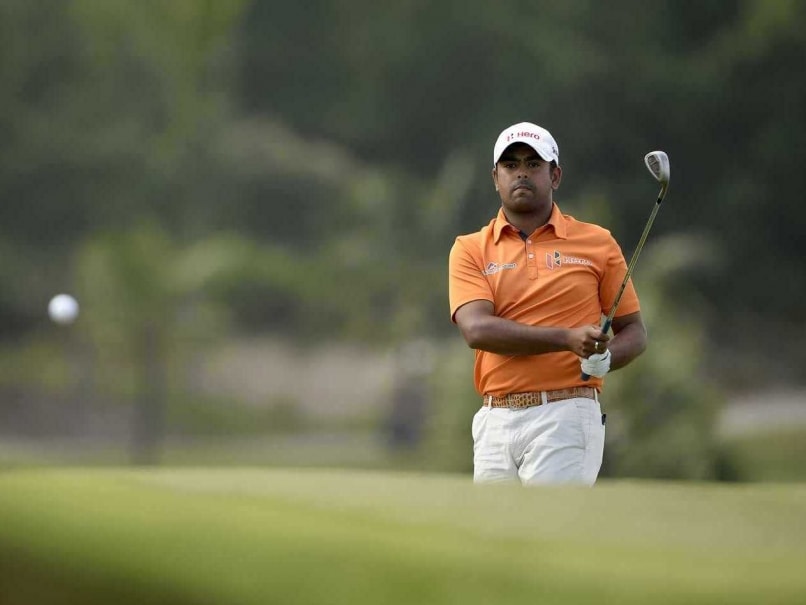 After enduring some bad breaks on the front-nine, for which he was one-over, Lahiri holed four birdies against one bogey on the return journey for a round of two-under 69.

Lahiri is now five-under 208 and two places better than his overnight position.

Meanwhile, two-time Masters champion, Bubba Watson, who has already won once this season at the Hero World Challenge last December, moved to the top with a four-under 67 that gave him a one-shot lead over last year's runner-up Dustin Johnson (68), Jason Kokrak (70) and Chez Reavie (69).

Lahiri, who has made the cut in two of his previous three starts this season, said, "I felt I played ok in the third round. I just got a few tough breaks on the front nine and the putting was not as sharp as it should have been."

"I am looking forward to putting together 18 solid holes tomorrow for a good finish."

On a day, which was mostly sunny and pleasant with little wind, Lahiri found almost as many fairways as the second round, but showed good improvement in the approaches getting to 14 of the 18 greens in regulation.

Lahiri opened with two pars but in both cases he had birdie chances from between 15-17 feet. He finally holed one on the third from nine feet on the par-4 hole. There was a minor setback with a bogey on par-three sixth when a par putt slid past. It was almost similar on par-four eighth.

Things, however, began well on the back-nine, just as they did in the second round with birdies on 10th and 11th.

On the 10th, a fine tee shot was followed a superb approach to under 30 inches and then on par-5 11th he got himself out of the right rough on his third shot to 40 yards and then to four and a half feet for a comfortable birdie putt.

Unfortunately, a bogey on 12th pushed him back. But Lahiri fought back on par-four 15th as he holed a great 23-footer for birdie.

Another birdie came his way on par-five 17th, when he was almost two-on. From around 35 feet, he left himself a three and a half foot putt for a birdie, which he duly holed. He may well have added a final birdie, but a 10-footer went past for a par.

Leader Bubba Watson had five birdies against one bogey and the feature of his third round was much improved work off the tee as he found 10 fairways as against a total of nine in first two rounds. He also showed his fine short game as he got out of trouble on the 18th.