Anirban Lahiri shot 75 in the final round to finish at two-over 290 and end on Tied 41st spot at the Wells Fargo Championships. 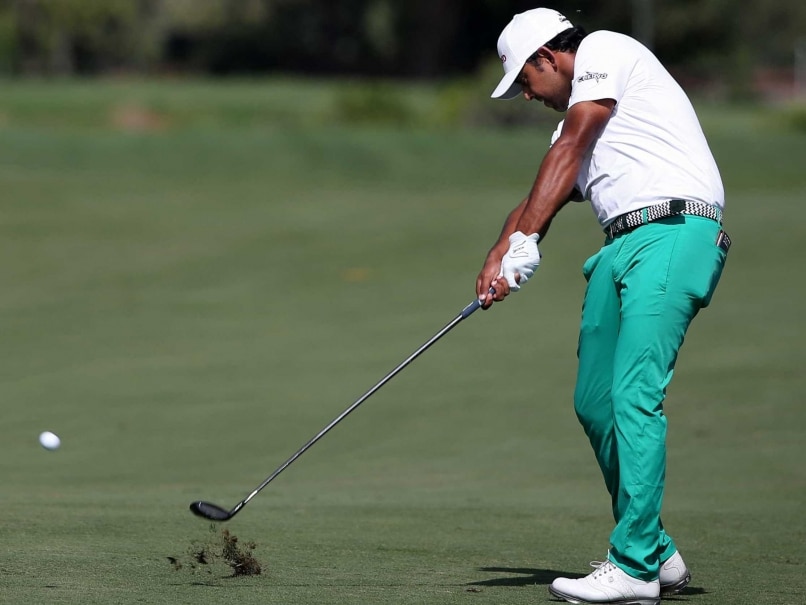 Anirban Lahiri is currently ranked 56th in the world.© AP

Anirban Lahiri never got the momentum going on the final day and slipped to a disappointing T-41 at the Wells Fargo Championships here.

After a series of eight missed cuts going back to February, James Hahn finally came through to win in a play-off against Roberto Castro, as bigger names like Justin Rose (71 and third), Rory McIlroy (66), Phil Mickelson (66) and Rickie Fowler (71) ended in a tie for fourth.

Starting off the first, Lahiri bogeyed the third and sixth to roll backwards. Birdies on seventh and ninth seemed to get him back into Top-25.

Following the turn, when he just couldn't get the putter going missing really small ones, he bogeyed three in a row from 11th. A birdie on 14th was a minor consolation before he bogeyed yet again the 18th hole.

"It was extremely and utterly frustrating to finish poorly from great position time and time again," said a disappointed Lahiri. "When you miss a dozen putts inside six feet, you can't score on a tough golf course."

He added, "My game was excellent. I hit well, but just could not get the putts to fall. I need to get some positivity going into the weekends and that has just not materialized these past few months."

Yet, signing off on a positive note, Lahiri added, "Onwards and upwards, the endeavour continues. I have week off and I will take it as it comes."

After missing eight straight cuts on the PGA Tour, James Hahn made up with a fine come from behind win.

Hahn beat Roberto Castro with a par on the first hole of a sudden-death playoff yesterday to snap the three-month slump and earn his second PGA TOUR title.

"It was going bad for a while," Hahn said. "Just didn't have the confidence, didn't believe in myself. I felt like I was putting in the work but wasn't getting any reward for it.... You're playing bad and you're missing cuts and there's nothing funny about that."

Hahn, winner of the 2015 Northern Trust Open at Riviera, said when things got bad he remained motivated by never wanting to lose his PGA TOUR card and having to play on the Web.com Tour.

Hahn picked up the USD 1.3 million prize and an automatic two-year extension on the PGA TOUR.

Hahn said he never looked at the scoreboard all day and didn't know that if he'd made par on the 72nd hole that he would have likely sealed the tournament. Instead, he three-putted and made bogey, opening the door for Castro.

Castro, playing in the final group behind Hahn, made par to force a playoff.

But Castro's tee shot on the playoff hole found the creek on the left side of the fairway and his third shot landed in a spectator's shoe on the side of the green, leading to a bogey. The ball hit a spectator in the head before landing in the loafer.

Hahn shot 2-under 70 and Castro had a 71 to finish at 9 under, one shot ahead of Justin Rose (71). Rory McIlroy and Phil Mickelson both shot 66 to tie for fourth at 7 under with third-round leader Rickie Fowler (74) and Andrew Loupe (71).