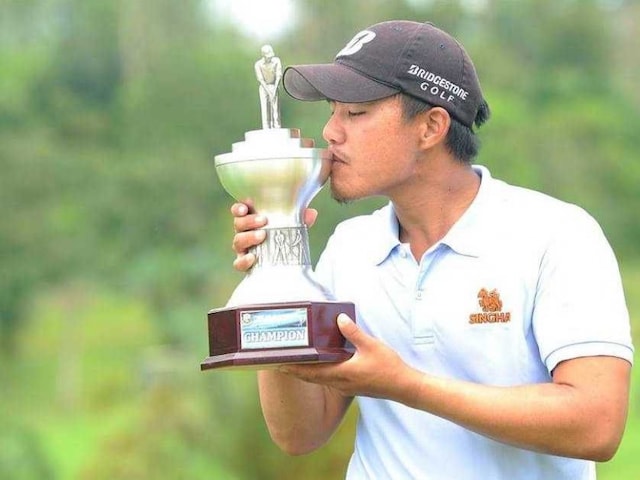 Indian golfer Ajeetesh Sandhu signed off with a three-under 68 in the fourth and final round to finish tied 28th in the PGM Nilai Springs Championship here on Saturday. (Latest Golf News)

Ajeetesh, who scored 75, 72 and 71 in the first three rounds to be tied 39th, took his four-day total to two-over 286 at the Nilai Springs Golf and Country Club.

The Indian put his best effort on the last day, picking birdies on the first, second, 13th and 15th holes against a lone blemish on the par-four 11th for a 68.

Meanwhile, Chanat Sakulpolphaisan of Thailand became the 19th first-time winner on the ADT this season when he registered a two-shot victory over Jordan Sherratt of Australia.

Sherratt finished two shots back as he settled for his second runner-up result this year following a 66. Malcolm Kokocinski (69) of Sweden closed with a 69 to end his campaign in third position, five shots from the winner.

Comments
Topics mentioned in this article
Golf Ajeetesh Sandhu
Get the latest Cricket news, check out the India cricket schedule, Cricket live score . Like us on Facebook or follow us on Twitter for more sports updates. You can also download the NDTV Cricket app for Android or iOS.