Aditi Ashok Tied 21st After Third Round in Morocco

Indian golfer Aditi Ashok ended nine shots behind the leader Florentyna Parker, who has been leading the field since the first day. 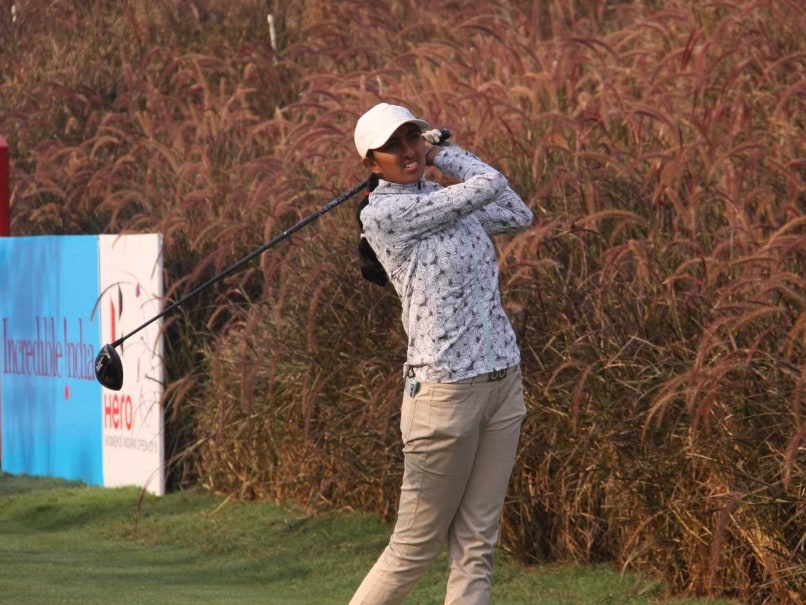 Aditi Ashok overcame a double bogey start to return a card of one-over 73 and make a marginal upward move on the third day of the Lalla Meryem Golf Cup in Rabat on Saturday.

Aditi, 18, who was tied 23rd at the end of the second round late on Friday, had a double bogey but she bounced back with two birdies on seventh and 12th and in between dropped a bogey on 10th. Her round of 73 took her total to three-over 219 and she was tied 21st.

"I played well today, even though I started with a double. My ball was plugged in the green side bunker and I ended with a double. After that I scrambled for a few holes and then started creating birdie chances," said Aditi.

"I made two birdies and a bogey after that. I feel good about my game and so I hope I can create enough chances and play solid tomorrow," she added.

Aditi was nine shots behind the leader, Florentyna Parker, who has been leading the field since the first day.

After shooting a record equalling 67 on the first day, Parker has added rounds of 71 and 72 to take her total to six-under 210 and she is two ahead of her best friend, Liz Young (72), who is tied for the second spot with Nuria Iturrios of Spain, who carded 70.

Lucie Andre of France and Noora Tamminen are tied for fourth at three-under 213.

Aditi had staged a great fight back on the back nine of the second round to make the cut and it was her first cut on the Ladies European Tour as a professional. In the past, she made the cut as an amateur at various events, including the Hero Women's Indian Open at home.

Earlier, another Indian, Vani Kapoor missed out carding 77 and 76.