Romania's Irina-Camelia Begu apologised Thursday for petulantly throwing her racquet into a French Open crowd where it hit a youngster. 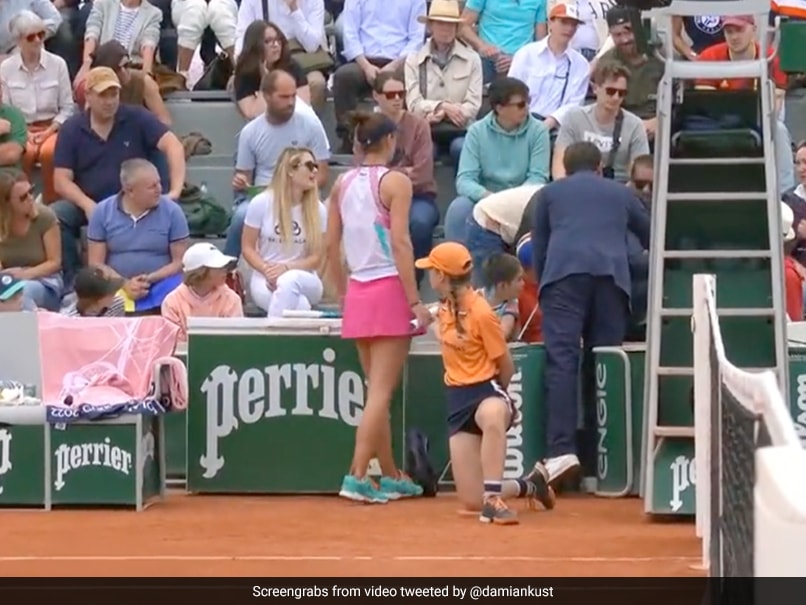 Irina-Camelia Begu admitted she was fortunate not to have been defaulted.© Twitter

Romania's Irina-Camelia Begu apologised Thursday for petulantly throwing her racquet into a French Open crowd where it hit a child in the face. The youngster wept unconsolably after Begu's racquet bounced off the ground and flew towards the fans during the second set of her match against Ekaterina Alexandrova on Court 12. "It's an embarrassing moment for me, so I don't want to talk too much about it. I just want to apologise," said the 31-year-old after her 6-7 (3/7), 6-3, 6-4 win. "My whole career I didn't do something like this, and I feel really bad and sorry. So I'm just going to say again, sorry for the incident and it was just an embarrassing moment for me."

Irina-Camelia Begu just bounced her racket into the crowd, supervisor has been called. pic.twitter.com/EiIBNDAH2I

Begu admitted she was fortunate not to have been defaulted with the tournament supervisor deciding to issue a warning instead.

"It was a difficult moment. You hit the clay with the racquet, but you never expect to fly that much," added Begu who posed for pictures with the youngster after the match.

Novak Djokovic was famously disqualified from the US Open in 2020 when he angrily swiped at a ball which hit a line judge.

Comments
Topics mentioned in this article
Irina-Camelia Begu French Open 2022 Tennis
Get the latest updates on ICC T20 Worldcup 2022, check out the Schedule and Live Score. Like us on Facebook or follow us on Twitter for more sports updates. You can also download the NDTV Cricket app for Android or iOS.