Zinedine Zidane said Karim Benzema has proved that he is the best striker France has had. 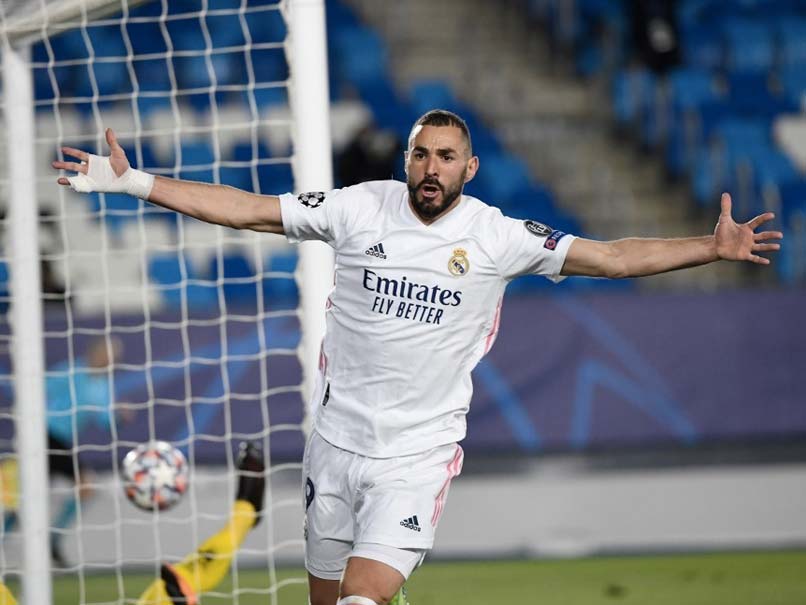 Karim Benzema made his 529th appearance for Real Madrid on Saturday.© AFP

Real Madrid coach Zinedine Zidane hailed Karim Benzema as the best centre-forward in French history after his match-winning double against Athletic Bilbao put them joint top of La Liga on Tuesday. Bilbao's Ander Capa had cancelled out Toni Kroos's thumping strike before Benzema, 32, struck twice late on, heading home a cross with 16 minutes remaining and finishing clinically in stoppage time from Luka Modric's pass. Afterwards Zidane had no hesitation in declaring Benzema as France's best ever centre-forward, putting him at the top of a list that includes Thierry Henry, Kylian Mbappe, Jean-Pierre Papin and Just Fontaine.

"He's proved it -- he's played at Real Madrid for a very long time, he has more than 500 appearances, all his goals... his record, all he's accomplished here speaks for itself," Zidane added.

Benzema arrived at Real Madrid from Lyon in 2009, but was long overshadowed by Cristiano Ronaldo until the five-time Ballon d'Or winner's move to Juventus in 2018.

On Saturday, Benzema's 529th match for Real, he broke Roberto Carlos's record for the most appearances by a non-Spanish player. Benzema is also their top scorer this season.

"He's a more mature player these days," said Zidane. "But he's always shown that he's not a pure nine, he doesn't only think about scoring.

"That's why I like him so much, I love him, he's not only thinking about goals. He gets involved in the game, if he needs to pass to a teammate he'll do it."

Third-placed Madrid gained their fourth straight win in all competitions and are equal on 26 points with Real Sociedad, who face troubled Barcelona at the Camp Nou on Wednesday, and city rivals Atletico Madrid.

Barca are nine points back but play one of their two games in hand in the hope of giving some momentum to what has been a miserable season so far.

FC Goa Football
Get the latest updates on ICC T20 Worldcup 2022 and CWG 2022 check out the Schedule, Live Score and Medals Tally. Like us on Facebook or follow us on Twitter for more sports updates. You can also download the NDTV Cricket app for Android or iOS.