Real Madrid manager Zinedine Zidane said there are "things I cannot explain" about Eden Hazard getting injured ahead of Tuesday's Champions League clash against Atalanta. 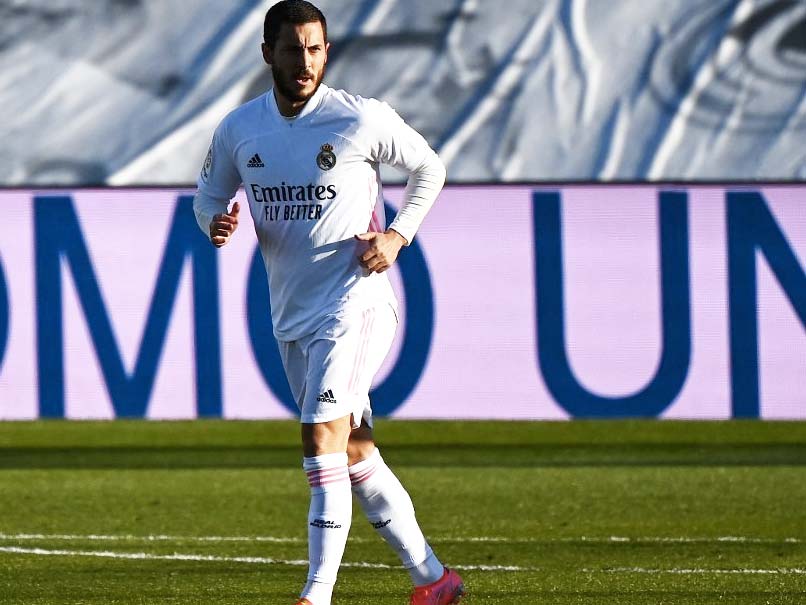 Zinedine Zidane admitted Real Madrid are struggling to explain Eden Hazard's fitness problems after the club confirmed the Belgian is injured again ahead of Tuesday's Champions League game against Atalanta. Hazard came off the bench against Elche in La Liga on Saturday to make his first appearance since January but Zidane said in a press conference on Monday the Belgian is out again, with what the club confirmed was a "muscle injury in the right pelvis".

Zidane said there are "things I cannot explain" regarding Hazard's fitness issues and when asked about the club's long list of injuries, he pointed to various factors including "things up here in the head, which influences a lot".

Hazard has played only 14 times this season for Real Madrid, continuing a nightmare period for the 30-year-old forward, who joined from Chelsea for 100 million euros in the summer of 2019.

"He is not going to be fit," said Zidane. "There are things I cannot explain. Like always I try to stay positive and hope it will be a little thing. Something is happening. He is a player who was never injured in his career. We want to help him."

Zidane grew frustrated with the number of questions about Hazard and dismissed suggestions of a problem with the club's medical department, despite the number of Madrid injuries this season.

"I don't think there is a problem, we have very competent people here, who are close to the players every day," he said.

"We are trying to find out what is happening with the injured players, there are things that happen in football. We have spoken about the pre-season, about the number of games, and things up here in the head as well, which influences a lot."

"Eden had not had much luck since he arrived here in Madrid," added Karim Benzema. "It makes me a little sad for him."

Benzema was also asked about the prospect of playing again with Cristiano Ronaldo, who is open to returning to Real Madrid, according to reports in the Spanish press.

"I am not the president or the coach and I don't know if he's happy or not at Juve," said Benzema. "But to play with him again, of course, because he has always been good with me. He is a player who is always going to score goals."

Real Madrid beat Atalanta 1-0 in the first leg in Italy last month as they bid to become the first Spanish team to reach the Champions League quarter-finals.

Barcelona and Sevilla were both knocked out last week while Atletico Madrid face Chelsea on Wednesday, hoping to overturn a 1-0 defeat from the first leg at home.

"I have no doubt Atalanta are going to come here to win," said Zidane. "We are going to have to play very well. The first leg means nothing, we have to start from zero."

Real Madrid Eden Hazard Zinedine Zidane Football
Get the latest updates on ICC Women's Cricket World Cup 2022 and IPL 2022, check out the Schedule , Live Score and IPL Points Table. Like us on Facebook or follow us on Twitter for more sports updates. You can also download the NDTV Cricket app for Android or iOS.