Football, as always, captures fans imagination the most, both at home and away. 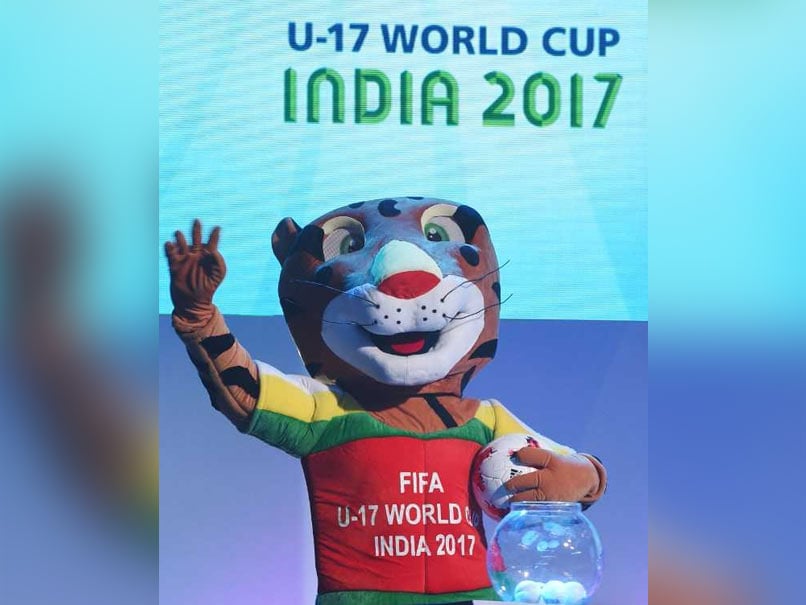 India hosted their maiden FIFA event when they hosted the U-17 World Cup in October.© AFP

Football, the beautiful game, had a fruitful 2017. From India hosting its maiden FIFA Under-17 event to Egypt qualifying for the 2018 FIFA World Cup in Russia, the year saw it all. When India hosted its maiden Under-17 FIFA World Cup in October, it was a never-before moment for the sport as well as the country. The country stamped its authority on the footballing scene when it hosted one of the highest attended World Cups. Despite losing all its matches, India showed that it can still compete at the highest level.

The historic goal: The noise emanating from the stadium when Jeakson Thounaojam rose to hit a thumping header against Colombia in their group match still reverberates in our ears. It was in the 82nd minute when India's tallest player leapt over the Colombian defence to head home Sanjeev Stalin's in-swinging cross from the corner.

After that goal, the first FIFA goal for India, the Jawaharlal Nehru Stadium in Delhi went into delirium. However, the lapse in concentration post the wild celebrations meant Colombia scored in the next minute and went on to win the match 2-1.

On the world stage, the sport as always continued to throw up thrills.

Back in February, Cameroon rewrote history after winning their first AFCON title after 15 years. However, the run-up to the tournament wasn't a memorable one for this Cameroonian team. A month before the competition, eight players had withdrawn after their coach Hugo Broos, who had cited disciplinary reasons for their withdrawal. However, the inexperienced African side showed a remarkable perseverance to come from behind and beat Egypt in the final.

Arsenal midfielder and Egyptian Mohamed Naser El Sayed Elneny had put Egypt ahead in the first half of the final but substitutes Nicolas Nkoulou and Vincent Aboubakar scored for Cameroon. With two minutes to go, Aboubakar scored a brilliant volley ensuring Cameroon's victory.

It was a night to remember for star player Mohamed Salah. With heart in their mouths, fans waited with bated breath when Salah stepped up to take the penalty against Congo that could make or break his country's World Cup dream. Egypt's 27-year wait to reach football's showpiece event had come to down to the spot kick. Salah, with the coolest head at the stadium, calmly dispatched the penalty to the bottom-right corner sending the Egyptians to the World Cup since 1990.

Manager Antonio Conte guided the Blues to their fifth Premier League title in his debut season in England. The Italian's success last season meant he has claimed the domestic title in each of his last four campaigns in club football. After a torrid initial phase, Conte adopted the 3-4-3 system after defeats to Liverpool and Arsenal.

However, it was the defeat at the hands of the Gunners' that led Conte to incorporate the system. The changes reaped benefits for them as they went on a 13-match unbeaten streak and won the title. They won the league finishing with 93 points and a record 30 wins.

The senior football team also performed well this year. They remained unbeaten this year extending their run to 13 matches. They also qualified for the AFC Asian Cup 2019 after their stupendous group showing in the qualifiers.

The last time India appeared in the event was back in 2011. In 2017, India also entered the top 100 of the FIFA rankings for the first time in 20 years. Indian skipper Sunil Chhetri also had a memorable year, he became the highest ever goal scorer for the Indian national football team.

The year was indeed memorable for football and the New Year will promise more, as the biggest tournament of the sport - the FIFA World Cup - gets underway in Russia.

Comments
Topics mentioned in this article
India Football Team FIFA U-17 World Cup Chelsea Football
Get the latest updates on IPL Auction 2023 and check out  IPL 2023 and Live Cricket Score. Like us on Facebook or follow us on Twitter for more sports updates. You can also download the NDTV Cricket app for Android or iOS.