Would Love To Help Barcelona At Some Stage: Lionel Messi

Argentina and Paris Saint-Germain (PSG) striker Lionel Messi has admitted that he would love to help out his former club Barcelona at some stage of his career. 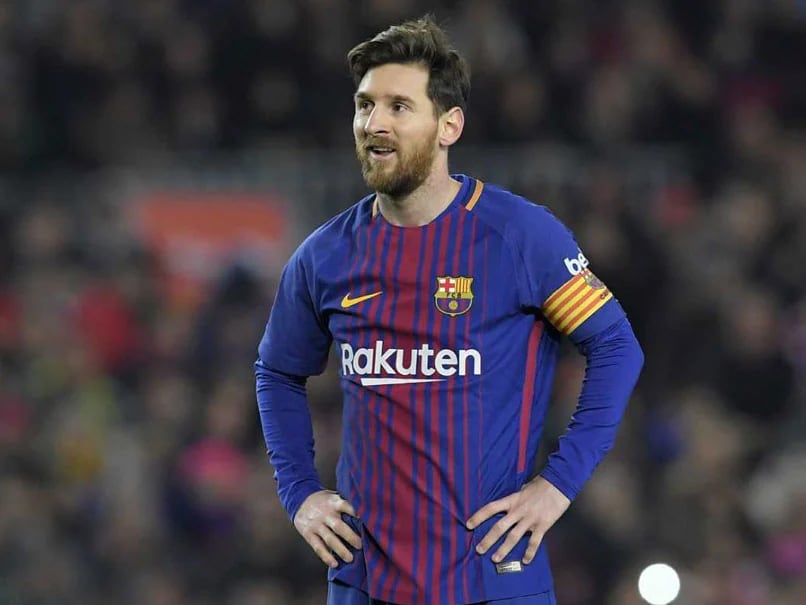 Lionel Messi during his time at FC Barcelona© AFP

Argentina and Paris Saint-Germain (PSG) striker Lionel Messi has admitted that he would love to help out his former club Barcelona at some stage of his career. Messi also talked about how he would like to be a technical director of a club once he retires from professional football. "Yes. I always said that I would love to be able to help the club. I would love to be a technical secretary at some point. I don't know if it will be at Barcelona or not. Or if it will be elsewhere," Messi said in an interview with Sport, as reported by Goal.com.

"If there is a possibility, I would like to contribute again in what I can because it is the club that I love and I would love for it to continue to be good, to continue growing and to continue being one of the best in the world," he added.

Lionel Messi had signed a two-year contract at PSG in August this year, and the deal also has an option to extend the contract for a further year.

So far, Messi has made eight appearances for PSG, in which he has managed to score eight goals. All three goals for Messi have come in the Champions League.