Will Try To Convince Lionel Messi To Stay At Barcelona: Joan Laporta

Terming Lionel Messi the "best player in the history of football", Joan Laporta said he will "try to convince" the Argentine great to stay at the Catalan club. 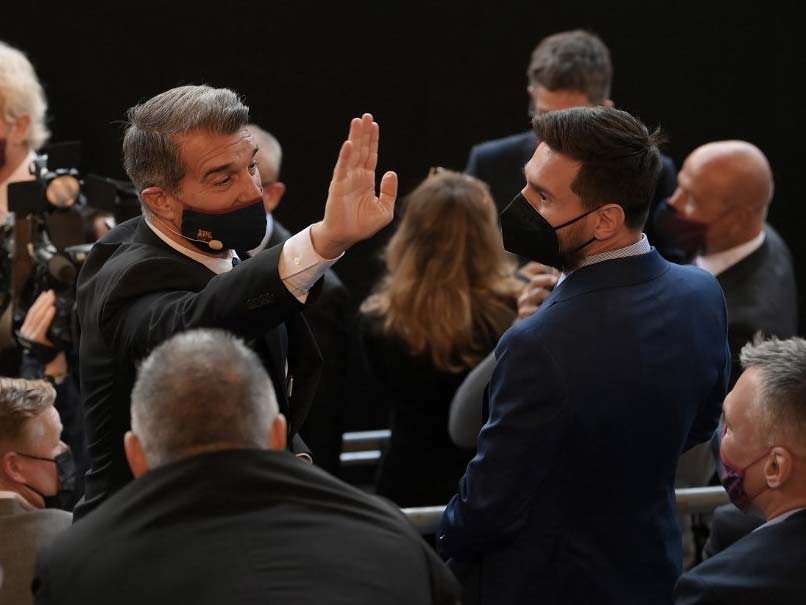 Joan Laporta will be hoping Lionel Messi extends his stay at Barcelona.© AFP

Joan Laporta, who recently won Barcelona's presidential elections, said he will try to convince Lionel Messi to stay at the club before terming the latter as the "best player in the history of football". "With regards to the men's first team, this season we are going for the Copa del Rey and the league. I will try to convince Leo Messi to stay. He is the best player in the history of football," the club's official website quoted Laporta as saying. "The team is getting better and we hope it can continue that way. Ronald, we trust in you. We want to win things again and do it in style, to continue our history of success in the Champions League," he added.

Laporta was elected as the president by the club members in the elections for the Presidency and Board of Directors held on March 7.

Last year, Messi and Barcelona had a fallout after the striker had expressed his desire to leave the club. However, in the end, the Argentine stayed with the club as he did not want to settle matters in court.

Messi on Tuesday achieved yet another milestone as he equalled former player Xavi's club record of 767 appearances in a Barca shirt.

Messi reached the figure when he stepped out to play La Liga game against Huesca. The Argentine had made the moment more special as he netted twice in the match, powering Barcelona to a 4-1 win.

The 767 games played so far by Messi are divided into a total of six different competitions. La Liga is the competition with the most matches, with Messi playing a total of 510 in the Spanish top flight.

As for the Champions League, he has played 149 games, while 79 have come in the Copa del Rey, 20 in the Spanish Super Cup, five in the Club World Cup, and four in the European Super Cup.