Wales managed a 1-1 with World Cup runners-up Croatia on Sunday which left their Euro 2020 qualifying hopes on a knife-edge. 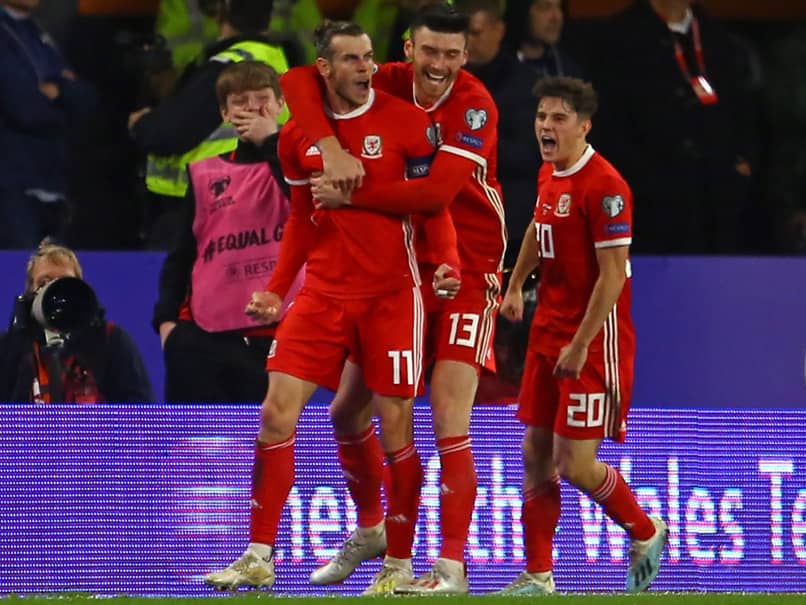 Gareth Bale claimed a point for Wales as they drew 1-1 with World Cup runners-up Croatia on Sunday which left their Euro 2020 qualifying hopes on a knife-edge. Bale, who has had a difficult start to the season at Real Madrid, scored during first-half injury time after Nikola Vlasic's opener for Zlatko Dalic's men. "We need to win our next two games, and that's all we're concentrating on. It won't be easy but we're capable of it," said Wales coach Ryan Giggs whose side now face a trip to Azerbaijan before hosting Hungary in November.

He added: "When Gareth gets in those positions he never lets you down, just the composure, not many chances but when he does get them he puts them away."

Dalic, who led his country to the World Cup final in Russia last year, said their only remaining match of the campaign is crucial for their hopes of reaching the finals.

"We started well, scored a goal but didn't continue in the same way," Dalic said.

"We're not very happy with the result. Our last game is now a deciding one for us," he added ahead of hosting Slovakia on November 16.

The first chance of the match fell to Josip Brekalo but the Croatia left-back's effort from outside the box went wide.

Brekalo broke down the left flank, found Bruno Petkovic inside the box who laid off the ball to Vlasic, who smoothly beat goalkeeper Wayne Hennessey.

Hennessey then made up for failing to stop Vlasic's effort on 13 minutes when he dived down low to stop an Ivan Perisic shot.

On the quarter-hour mark, Manchester United's Daniel James, who threatened without much final product throughout, suffered what looked like a concussion.

The former Swansea winger competed with Domagoj Vida for a high ball and the Welshman finished motionless on the ground. He received medical treatment and Giggs said afterwards he had no worries about James.

"He stayed down, he was smart, he was fine," Giggs said.

Wales pressed for an equaliser and Bale claimed it in injury time.

Tottenham defender Ben Davies beat Mateo Kovacic and found Bale inside the box who cooly placed his shot across Livakovic for his 33rd international goal.

Barcelona playmaker Ivan Rakitic replaced Kovacic for the second half.

Wales forward Kieffer Moore, who scored on his international debut in the midweek draw at Slovakia, caused Croatia's defence trouble in the air throughout.

The only negative came on 57 minutes after he was shown a yellow card for a challenge on Liverpool centre-back Dejan Lovren.

Bale's Real teammate Luka Modric was substituted due to injury with a leg problem but Dalic said he hoped it was nothing serious.

The Welsh winger himself struggled with cramp through the closing moments.

The draw leaves Wales' qualifying destiny out of their own hands heading into the final two rounds of games.

But wins away to Azerbaijan and at home to Hungary would be enough for a top-two spot, as long as Slovakia do not beat Croatia.

Croatia Gareth Bale Football
Get the latest updates on IPL 2021, IPL Points Table , IPL Schedule 2021 , live score . Like us on Facebook or follow us on Twitter for more sports updates. You can also download the NDTV Cricket app for Android or iOS.