The US women's national team on Friday filed an appeal against a legal setback in their equal pay lawsuit, saying they are being paid less than the men even though they win twice as much. 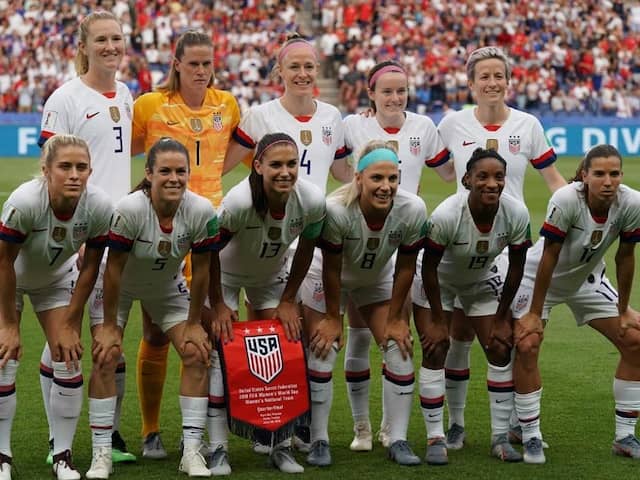 The US women's national team on Friday filed an appeal against a legal setback in their equal pay lawsuit, saying they are being paid less than the men even though they win twice as much. In dismissing their equal pay claim last Friday, Judge Gary Klausner said the case was unwarranted because they had previously turned down an offer in the Collective Bargaining Agreement negotiations to be paid along the lines of the US men's team.

"The argument that women gave up a right to equal pay by accepting the best collective bargaining agreement possible in response to the Federation's refusal to put equal pay on the table is not a legitimate reason for continuing to discriminate against them," said USWNT spokesperson Molly Levinson on Friday night.

She listed a series of grievances in the motion to appeal which was filed in a federal district court in California and is part of a larger lawsuit for equal pay.

Levinson said the women are being discriminated against because they are not getting as much as the men on a per game basis and that making "close to the same amount" is not valid.

"The argument that women are paid enough if they make close to the same amount as men while winning more than twice as often is not equal pay.

"The argument that maternity leave is some sort of substitute for paying women players the same rate for winning as men is not valid, nor fair, nor equal.

"Today, we are filing a motion to allow us to appeal immediately the district court's decision so that the Ninth Circuit will be able to review these claims."

The US women, who clinched back-to-back World Cup wins with victory at last year's finals in France, had based their claim for back pay in the disparities between prize money distributed by FIFA at the men's and women's World Cups.

The USWNT also takes issue with Klausner pointing out that between the years 2015-2019, the women were paid more money than the men on both a cumulative and an average per game basis.

Under the current CBA, which was signed in 2017, more than half the women's team players receive an annual base salary of USD 167,000.

Klausner did allow some claims of gender discrimination to go ahead in areas such as travel, housing and medical support.

United States Football
Get the latest updates on IPL 2020, check out the IPL Schedule for 2020 and Indian Premier League (IPL) Cricket live score . Like us on Facebook or follow us on Twitter for more sports updates. You can also download the NDTV Cricket app for Android or iOS.