Chelsea may be unbeaten in top-flight domestic action this season but they are determined not to be caught off guard when they host Maribor in the Champions League on Tuesday. 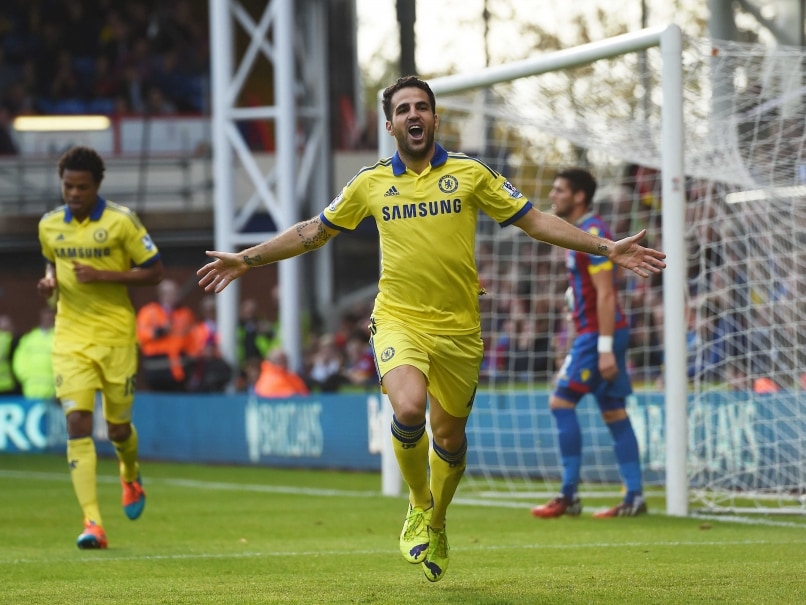 Chelsea may be five points clear at the top of the Premier League and unbeaten in top-flight domestic action this season but they are determined not to be caught off guard when they face Maribor in the Champions League at Stamford Bridge on Tuesday.

Jose Mourinho has already seen his side slip up at home in Group G with Klaas Jan Huntelaar punishing the Blues for failing to make more of a number of chances by scoring Schalke's equaliser in the 1-1 draw in the opening game of their latest European campaign.

Chelsea recovered from that disappointment with victory over Sporting in Lisbon.

But with Maribor having held both Schalke and Sporting, Blues manager Mourinho will resist any temptation to make wholesale changes for the clash.

Saturday's 2-1 victory at Crystal Palace ensured Chelsea will return to European action having maintained their unbeaten start and five-point advantage in the Premier League.

"For Tuesday I cannot make lots of changes because I cannot break the balance of the team," said Mourinho.

"I can make a couple of changes. But I don't think I'm going to have any of the injured players back. I don't think Ramires will be available, Andre Schurrle, Diego Costa for sure is not available."

The Portuguese boss added: "I don't have a lot to change. But I'm going to make a couple of changes. It's an important match for us to win to finish the first three matches with seven points."

Nemanja Matic, the match-winner against Sporting, is in no doubt of the threat posed by a Maribor side that, on paper at least, should be regarded as the weakest team in the group.

"Nobody expected Maribor to take points off Sporting and Schalke -- but they did and showed that in football there are no favourites. So until the end I expect hard work," the Serbia midfielder said.

"But I hope we will win every game and we will make it to the next round."

Mourinho claimed the victory over Palace provided the latest demonstration of how his side has evolved from last season when they dropped out of the Premier League title race in the final stages and were beaten in the Champions League semi-final by Atletico Madrid.

The arrival of Cesc Fabregas from Barcelona has been one of the factors behind Chelsea's progress and the Spain midfielder capped an impressive start at his new club by scoring his first Premier League goal for the Blues at Palace.

Fabregas's finish capped a slick passing move that also involved Oscar and Eden Hazard and the former Arsenal man said he was enjoying his new surroundings.

"I like to play this kind of football, and Eden and Oscar do as well, and the three of us connect very well and that goal showed well the qualities of the whole team," Fabregas explained.

"Now I am playing deeper in midfield there will be moments during the season when maybe I go five or six games without a goal or an assist, and I am more proud about the teamwork, the discipline, the way we coped with the sending off, than my goals or my assists.

"I give those to other people to talk about."

Comments
Topics mentioned in this article
Chelsea NK Maribor Football
Get the latest updates on ICC T20 Worldcup 2022, check out the Schedule and Live Score. Like us on Facebook or follow us on Twitter for more sports updates. You can also download the NDTV Cricket app for Android or iOS.