US rock star Jon Bon Jovi was at the same hotel bar as the Bayern Munich players on the night before their match against Chelsea at Stamford Bridge. 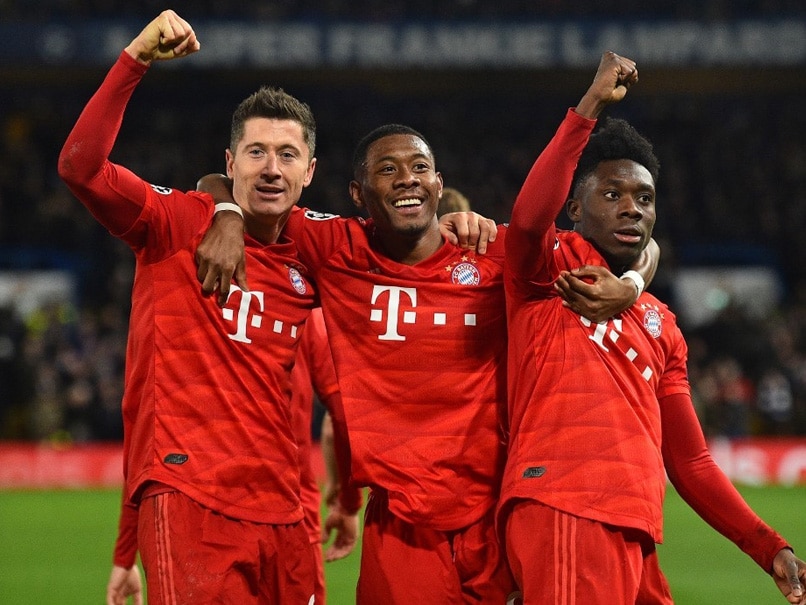 Bayern Munich thrashed Chelsea 0-3 at the Stamford Bridge in the Champions League.© AFP

Bayern Munich's 3-0 Champions League last 16 first leg victory over Chelsea on Tuesday made an impression on US rock star Jon Bon Jovi for the relaxed way the German side prepared for the game. The 57-year-old, whose biggest hit was the 1987 single 'Livin On A Prayer', is in London to record a special song for Prince Harry's Invictus Game Foundation for military veterans. He told radio station Talk Sport on Wednesday he had been in his hotel bar on Monday as had the Bayern players.

"I was minding my own business in the bar," Bon Jovi said.

"And the team were in there the night before last (Monday) and how they, on the power of whisky and beer, overpowered Chelsea last night doesn't say much for Chelsea's drinking habits either."

Jovi joked his indiscretion might get some of the players into hot water.

"The Bayern guys were certainly sipping whisky and having a good ol' time -- and they went and shellacked Chelsea," said Jovi.

"I am going to get everyone in trouble."

The second leg takes place on Wednesday March 18 at the Allianz Arena.