After one of their most difficult weeks in recent memory, Chelsea host Shakhtar Donetsk in the Champions League on Wednesday knowing defeat could send their season cartwheeling towards catastrophe. 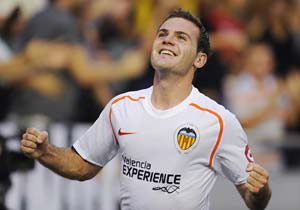 After one of their most difficult weeks in recent memory, Chelsea host Shakhtar Donetsk in the Champions League on Wednesday knowing defeat could send their season cartwheeling towards catastrophe.

The Blues had been cruising prior to the 2-1 loss at Shakhtar in their previous outing in Group E two weeks ago, but they have now won just one of their last four games in all competitions.

Another loss on Wednesday, and Roberto Di Matteo's side will find themselves confronted by the very real prospect of becoming the first defending champions to fall in the Champions League group phase.

Added to the controversy swirling around Stamford Bridge after the club accused referee Mark Clattenburg of racially abusing midfielder John Mikel Obi, these are delicate days for the European champions.

Having lost 3-2 at Manchester United in the match that sparked the Clattenburg allegations, Chelsea relinquished top spot in the Premier League on Saturday after conceding an 88th-minute equaliser in a 1-1 draw at Swansea City.

Di Matteo said his players had felt "tired" after the thrilling 5-4 defeat of United in the League Cup last week, but he knows that they cannot afford to produce another lethargic showing on Wednesday.

With Juventus expected to take three points at home to Nordsjaelland in the other group encounter, Chelsea must prevail against Shakhtar if they are to avoid getting cut adrift.

"It's like a final for us if we want to finish first in our group," said Spanish midfielder Juan Mata on his official blog.

"Besides, in Ukraine, Shakhtar proved to be a top team who are able to beat anyone.

"Even so, we always have a great support at the Bridge and I'm confident that we will get a victory to face the last two games in a good position."

Chelsea hope Mata will be able to play on Wednesday after sitting out the draw at Swansea with a hamstring injury.

Di Matteo also has concerns over centre-back David Luiz, who missed the match at the Liberty Stadium due to an ankle problem.

John Terry is expected to return to the starting line-up, however, having now completed his four-match domestic ban for racially abusing Queens Park Rangers' Anton Ferdinand, and Di Matteo admits that he has been missed.

"He's still a fantastic defender and he's very influential when he plays, and he's used to those kinds of games as well, big pressure game and big European nights," said the Chelsea coach.

"Certainly, he marks his influence on the pitch and on the opposition.

"We have a good dressing room in the sense that we have a few people that are influential and they're used to these kinds of pressure games and can perform under it as well."

Chelsea can take heart from a run of 27 home games unbeaten in the group phase of Europe's premier club competition, although the last coach to lead an away side to victory in a Champions League group match at Stamford Bridge was Shakhtar's Mircea Lucescu.

The experienced Romanian was at the helm when Besiktas triumphed 2-0 in west London in October 2003, and his current charges have shown no signs that their astonishing recent form is about to desert them.

The Ukrainian champions beat FC Metalurg Zaporizhya 2-0 on Saturday, to extend their record of consecutive top-flight victories to 23 matches.

At the halfway stage of the group phase, and with a trip to Juventus still to come, Di Matteo says his side must beat Shakhtar and then Nordsjaelland if they are to avoid the humiliation of falling at the first hurdle.

"We need to win both home games and maybe get something from Turin," he said.

"At Stamford Bridge against Shakhtar, it'll be a different game to the one in Ukraine. We are very strong at home and and we'll have to produce a special night."

Comments
Topics mentioned in this article
Football Shakhtar Donetsk Chelsea
Get the latest updates on IPL 2021, IPL Points Table , IPL Schedule 2021 , live score . Like us on Facebook or follow us on Twitter for more sports updates. You can also download the NDTV Cricket app for Android or iOS.