Tottenham manager Nuno Espirito Santo is yet to take a call on Harry Kane as French midfielder Tanguy Ndombele didn't play a single minute in pre-season. 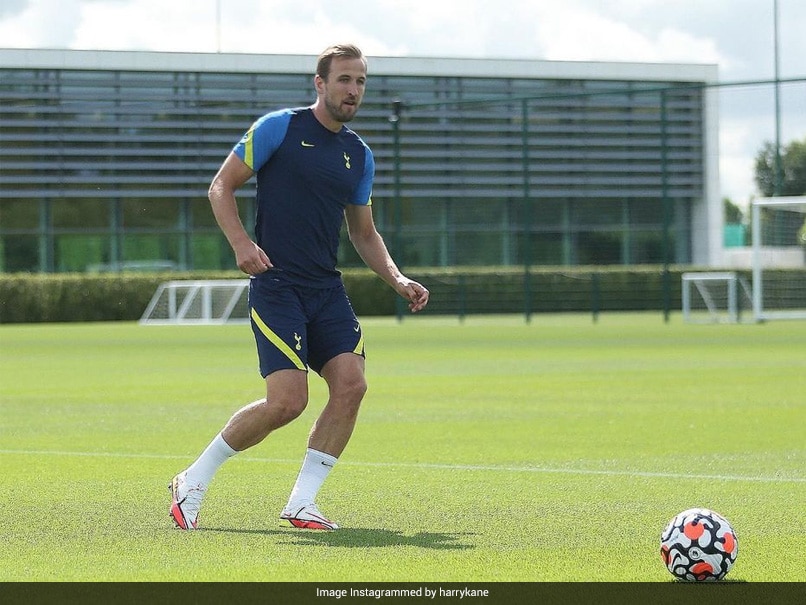 Harry Kane is keen to leave his boyhood club for a move to Premier League champions Manchester City.© Instagram

Tottenham manager Nuno Espirito Santo refused to say whether Harry Kane will play for the first time this season at Wolves on Sunday as the stand-off over the England captain's future continues. Kane is keen to leave his boyhood club for a move to Premier League champions Manchester City before the end of the transfer window. City are reportedly willing to break the Premier League transfer record for the second time this month after splashing £100 million ($137 million) on Jack Grealish.

Kane missed Spurs' 1-0 win over City to open their Premier League season last weekend and a shock 1-0 defeat to Pacos de Ferreira in the Europa Conference League on Thursday. However, the 28-year-old has trained all week with his teammates.

"It is a day-by-day situation," said Nuno at his pre-match press conference ahead of his return to old club Wolves.

"He trained today, trained good. He'll train tomorrow and we'll make a decision. I'm so sorry to keep saying the same thing, but this is how we work," he added.

Another player who is yet to feature this season is Tanguy Ndombele with Tottenham's own record signing seemingly not part of Nuno's plans.

The French midfielder, who joined from Lyon for two years ago for over £50 million, did not even play a single minute of action in pre-season.

"I will be honest with you, Tanguy is not going to be involved on Sunday," he said.

Tottenham Hotspur Harry Kane English Premier League Football
Get the latest updates on SA vs IND 2021-22, check out the Schedule and Live Score . Like us on Facebook or follow us on Twitter for more sports updates. You can also download the NDTV Cricket app for Android or iOS.