Alexis Sanchez helped 10-man Arsenal salvage a 2-2 draw against Tottenham Hotspur as Leicester City hung on to the top spot in the Premier League. 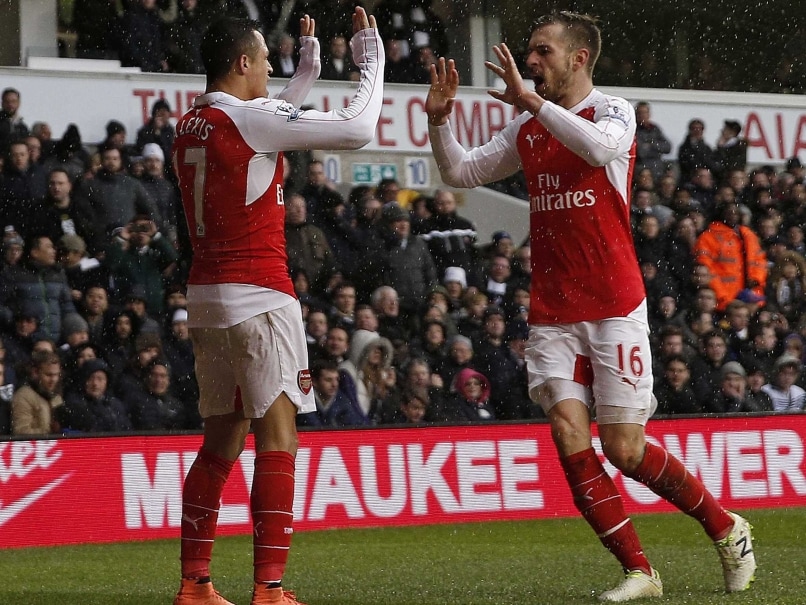 Alexis Sanchez ruined Tottenham's bid to take over at the top of the Premier League as the Arsenal forward's late equaliser rescued a 2-2 draw for the 10-man Gunners, while Manchester City kept their slender title hopes alive with a 4-0 thrashing of Aston Villa on Saturday. (Read More in Football)

Arsene Wenger's side were in danger of being cast adrift in the Premier League title race when Tottenham led 2-1 in the second half at White Hart Lane.

With Francis Coquelin sent off after Aaron Ramsey's opener, Arsenal surrendered the lead when Tottenham hit back through Toby Alderweireld and Harry Kane.

But Arsenal recovered to equalise through Sanchez with 14 minutes remaining and Wenger was quick to hail their character after it was questioned following successive defeats earlier in the week.

"I am proud of the spirit, but going down to 10 men was the big regret for the day and it was hard to take," said Wenger, whose third placed team are five points behind Leicester ahead of the leaders' trip to Watford later on Saturday.

Although they wasted a chance to go top for the first time in seven years, Tottenham boss Mauricio Pochettino, whose side are two points behind Leicester, was still satisfied.

"I am pleased. It's true, when it was 2-1 I am little bit disappointed with the result, but we have to be happy we keep the three-point gap to Arsenal," Pochettino said. 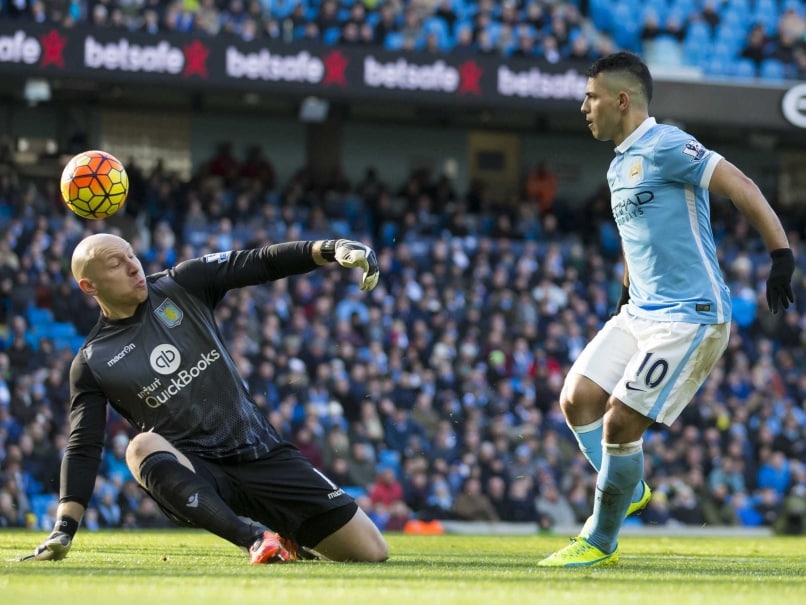 At Eastlands, City bounced back from their midweek mauling at Liverpool by sweeping aside bottom of the table Villa to end a run of three successive league defeats.

Aguero struck again in the 60th minute and Raheem Sterling added the fourth six minutes later before Aguero squandered a chance for a hat-trick when his penalty hit a post.

Manuel Pellegrini's fourth placed side are now seven points behind Leicester, while woeful Villa are slipping closer to playing in the second tier for the first time since 1988 after their fourth consecutive defeat. 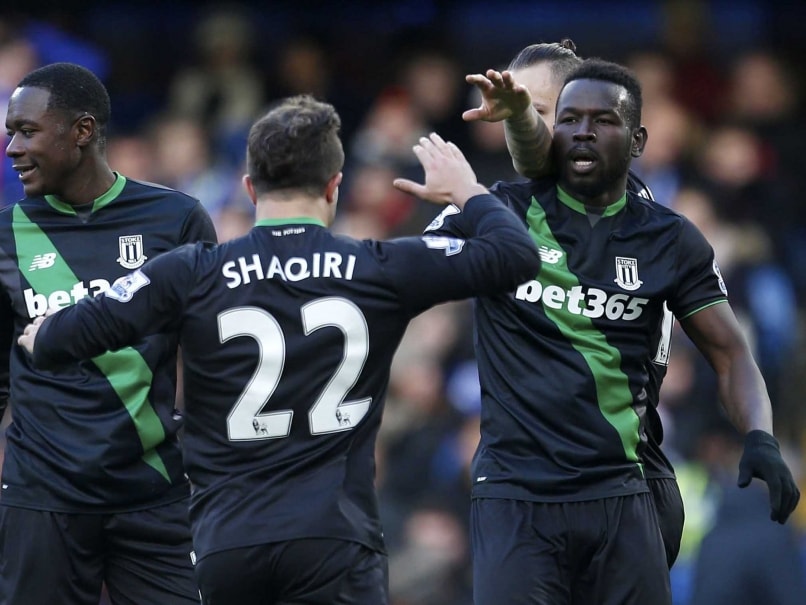 Chelsea warmed up for their crucial Champions League showdown against Paris Saint Germain with a disappointing 1-1 draw against Stoke at Stamford Bridge.

With Diego Costa rested ahead of the last 16 second leg against PSG, who hold a 2-1 advantage, Burkina Faso forward Bertrand Traore bagged his fourth goal in his last five appearances in the 39th minute.

After a week that featured reports of a dressing room rebellion against McClaren, who also became embroiled in an angry exchange with a journalist on Friday, Newcastle fell behind in the 28th minute through Steven Taylor's own goal

Josh King increased Bournemouth's lead in the 70th minute and although Ayoze Perez got one back in the 80th minute it was too late for second bottom Newcastle, who are one point from safety, because Charlie Daniels added the visitors' third deep into stoppage-time.

West Ham staged a superb fightback to remain in the hunt for a Champions League berth with a 3-2 win at 10-man Everton.

Romelu Lukaku extended his superb record against the Hammers with a 13th minute strike, but Everton were reduced to 10 men in the 34th minute when Kevin Mirallas was sent off.

But, crucially, Lukaku saw a penalty saved by Adrian midway through the half and Michail Antonio reduced the deficit in the 78th minute.

Comments
Topics mentioned in this article
Alexis Sanchez Harry Kane Arsenal Tottenham Hotspur Football
Get the latest updates on ICC T20 Worldcup 2022 and CWG 2022 check out the Schedule, Live Score and Medals Tally. Like us on Facebook or follow us on Twitter for more sports updates. You can also download the NDTV Cricket app for Android or iOS.