To Promise Victory For India Against Qatar "Will Be Suicidal": Igor Stimac

Igor Stimac said he is trying to avoid putting the youngsters in the Indian football team under extra pressure ahead of their World Cup qualifier against Qatar. 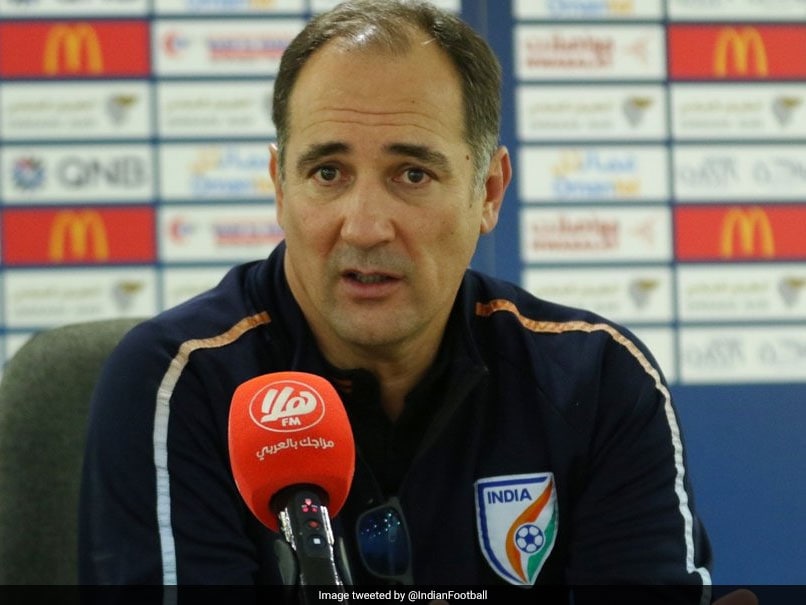 Igor Stimac said India will face an enormous task when they take on Qatar in the return leg.© Twitter

India's draw against Asian champions Qatar in a World Cup qualifier last year was one of their best results but coach Igor Stimac does not want to put pressure on his players by promising a victory in the return leg. India play Qatar in Bhubaneswar on October 8 before taking on Bangladesh (away match) on November 12 and Afghanistan in Kolkata on November 17. India are already out of contention for a berth in the 2022 World Cup but they are still in the reckoning for the 2023 Asian Cup as it is a joint qualification campaign. The 52-year-old Stimac said promising victory against Qatar will be suicidal but his side will play not to lose the match.

"With strong belief in what we do and a clear mindset, everything is possible. We are certainly not going to come out on the pitch to lose the game. But to promise victory against Asian champions and such a great team as Qatar would be suicidal," Stimac told PTI in an interview from his home in Croatia.

"We are in the process of building up a new respectable team and I am trying to avoid putting our youngsters under extra pressure so they can enjoy their football and gain experience for the future."

With international friendlies and competitive matches unlikely to be held in the next few months, Stimac said his players face an "enormous" task ahead of their game against Qatar.

"The (ongoing) long break isn't a concern for us. Under current circumstances -- the COVID-19 pandemic -- there's no possibility of organising any international friendlies, and the leagues won't kick-off either. So the task which we are facing before the World Cup Qualifiers is enormous," he said.

Due to the pandemic, the domestic season has been pushed back by two months with the transfer season set to run from August 1 to October 31.

Both the Indian Super League and I-League will begin only after that.

It is still not clear and the Asian Football Confederation is not in a position to say now if the upcoming scheduled matches will be played in front of spectators.

But Stimac said playing behind close doors against Qatar and Afghanistan will be a "great disadvantage" for hosts India.

"Everyone knows how important are our supporters to us all the way back from the start. I just pray that everything settles down until October. The team looks forward to playing in front of a full house -- both in Bhubaneswar, and Kolkata," said the former Croatia defender who was a part of the bronze winning team in 1998 World Cup.

He also said that the summoning of the national camp before the matches will be in line with government directives.

"Initially there would be tests conducted on all the (national camp) attendees which will help us to gauge how much professional and serious they were during their stay at home during the COVID-19 period."

"We intend on going in for a rigorous training, and all throughout we aim to focus on tactical points for the Qatar game which will be adjusted to our capacities at that stage."

Stimac said he was in constant touch with the national team players during the ongoing pandemic, instructing them to stay safe and execute daily training regime.

"We were providing lectures to our players throughout the WhatsApp group on different aspects of football and trying to develop our player's knowledge about nutrition, rest, flexibility, explosive power and other relevant aspects."

India Football
Get the latest updates on India vs Australia and check out  Schedule, Results and Live Score. Like us on Facebook or follow us on Twitter for more sports updates. You can also download the NDTV Cricket app for Android or iOS.