"There Will Be Life After Lionel Messi," Says La Liga India Managing Director 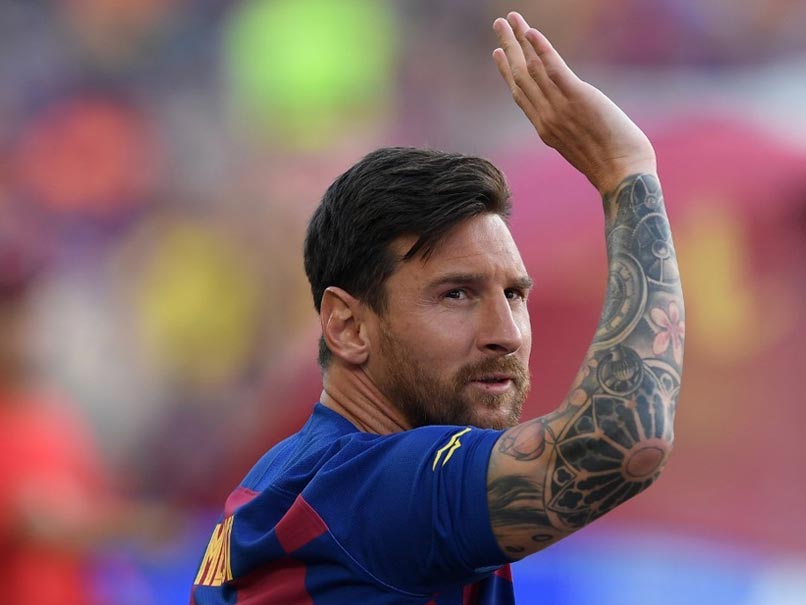 Loonel Messi and Barcelona were involved in a long tussle over his departure from the club.© AFP

Jose Antonio Cachaza, the Managing Director of La Liga India on Monday termed the now concluded battle between Lionel Messi and Barcelonaas a ''typical summer football crisis''. His remark came as Messi and Barcelona were involved in a back and forth battle once the Argentine striker said that he wants to leave Barcelona. Now, the saga between both the parties has come to an end as Messi decided to stay with Barcelona as he did not want to drag the battle to "court".

La Liga had earlier released an official statement saying that if Messi wants to leave Barcelona then the release clause amount in his contract needs to be paid in full, while Messi reiterated that he is a free agent.

"Well, La Liga just gave the legal answer to bring everything in an official notice, we just made everyone aware of Messi's contract. In the end, how the process was solved, it shows we were right," Cachaza said in a virtual press conference.

"Football is a machine of making and generating these kinds of discussions, there was no real football after champions league this year, it was a typical summer crisis, the entire episode made the news all over the world so it shows how relevant the topic was," he added.

When asked about whether La Liga's popularity will take a hit whenever Messi decides to leave, Jose said: "We always work long term, everyone is talking about Lionel Messi, he has been the best player in the world for a long time now, but some players are approaching the end of their careers, players can go, we are starting the 90th season of La Liga, Real Madrid and Barcelona are clubs who have a long history, we always remember that Messi and Ronaldo gave us one of the most exciting competition, nothing compares to what these two guys have given to La Liga. We are planning for the future, there are other great players in La Liga too."

"There was life before Messi and there will be life after Messi. We were blessed with having two best players (Ronaldo and Messi). These two stars are approaching the end of their career. La Liga will keep growing and football is growing," he concluded.

Ronaldo had left Real Madrid in 2018 as he joined the Italian club Juventus.

Messi had asked Barcelona to let him leave after the club suffered an 8-2 drubbing against Bayern Munich in the Champions League.

La Liga 2020-21 season will commence from September 11 as Granada will take on Athletic Club.

Defending champions Real Madrid will take on Real Sociedad in their first match on September 20.

On the other hand, Barcelona will kick off their campaign against Villarreal. (ANI)