Zlatan Ibrahimovic will face the French league's disciplinary commission on April 9 for comments made after PSG's defeat at Bordeaux on March 15, when he labelled France a "shit country" that "does not deserve PSG." 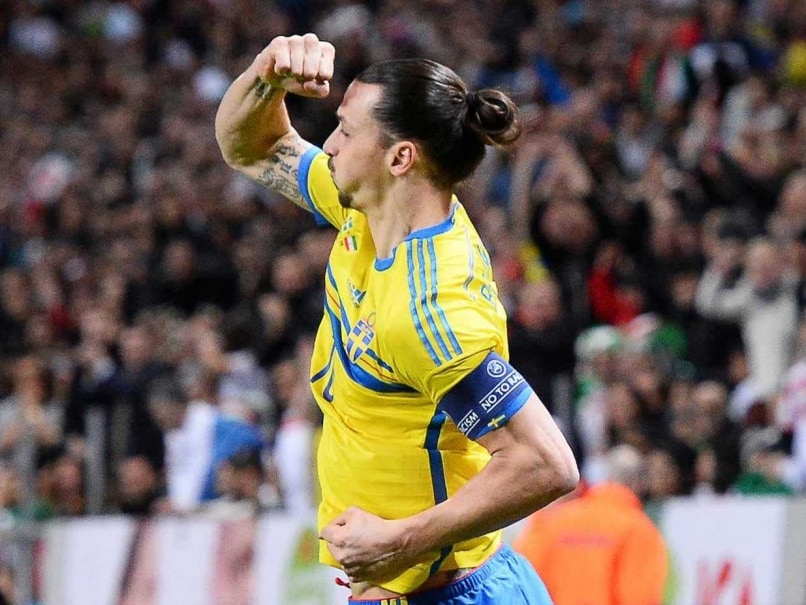 Zlatan Ibrahimovic slammed France as a country but reactions to his outburst has been minimal in his home country of Sweden.© AFP
Malmo:

A foul-mouthed outburst by Paris Saint-Germain star Zlatan Ibrahimovic has drawn virtually no criticism in his native Sweden, where churlish comments have only underscored his image as a straight-talking underdog.

The 33-year-old will face the French league's disciplinary commission on April 9 for comments made after PSG's defeat at Bordeaux on March 15, when he labelled France a "shit country" that "does not deserve PSG."

But in Sweden few people were upset or even surprised by the spat.

Mats Lilienberg, who played with Ibrahimovic at Malmo, painted a picture of a hardworking, focused athlete whose hyperbole was only part of his charm.

Beneath the swagger he "is another person if you know him," the 45-year-old former teammate told AFP.

"He was coming up, he was young and cocky. He was exactly the same then as he is today. But... he's very kind, humble. He's there for people who are close to him," he said.

In Ibrahimovic's hometown of Malmo there were no signs that the French controversy had dented the image of the city's own superstar.

"He's got class, he's got good character. His attitude is not always good but you still like it," 16-year-old Elias Abdullah said on the sidelines of a school football tournament.

"It's not every day that a small guy from Rosengaard becomes the world's best football player," he added, referring to the immigrant-heavy neighbourhood where Ibrahimovic, like himself, once lived.

Ibrahimovic, born in Sweden to a Bosnian father and a Croatian mother, admitted in a 2011 autobiography that the first time he ventured into the city centre was in his late teens, feeling like an outsider who knew very little about the country's top footballers until he became one himself.

"I mean, I was from Rosengaard. I didn't give a damn about the Swedes. I'd been following the Brazilians," he said.

Since then he's made a remarkable journey into mainstream Swedish culture, winning numerous awards.

A "fantastic class journey", as detailed in his best-selling autobiography, helped boost his popularity in the country, says Cristine Sarrimo, an assistant professor of literature at Lund University.

The story was a "myth about an anti-hero who... succeeds against the odds, completely on his own merits," she said.

Anja Gatu, a sports columnist at regional daily Sydsvenskan, said that even though he still had his detractors -- some of whom could be found among the anti-immigrant Sweden Democrats -- Ibrahimovic's football skills had won over the Swedish public after an initially rocky start.

The fact that he "never made a secret of wanting to be the best" coupled with his brash comments -- sometimes made in jest but misunderstood -- sat uneasily with some Swedes, she said.

Gatu herself took offence in 2013 when he waded into a row over the Swedish FA's decision to reward Swedish midfielder Anders Svensson with a car, but not his female counterpart Therese Sjoegran.

"They can have a bicycle with my autograph and that will be enough," Ibrahimovic told tabloid Expressen, adding that the criticism of the award was casting a pall over Svensson's achievements.

In a country where even prime ministers have labelled themselves feminists, there was no shortage of outrage.

"We're not as patriotic in Sweden as they are in France," said Daniel Kristofferson, a sports journalist at Expressen.

The Bordeaux tantrum may not have been entirely unintentional as "he does very few things that are not planned," he suggested.

"Is it that he's gotten fed up? He usually switches club after three years," he added.

Comments
Topics mentioned in this article
Paris SG Bordeaux Zlatan Ibrahimovic Football
Get the latest updates on SA vs IND 2021-22, check out the Schedule and Live Score . Like us on Facebook or follow us on Twitter for more sports updates. You can also download the NDTV Cricket app for Android or iOS.