The organisers of a planned breakaway Super League have filed a motion "before the relevant courts" to "ensure the seamless establishment and operation" of the competition. 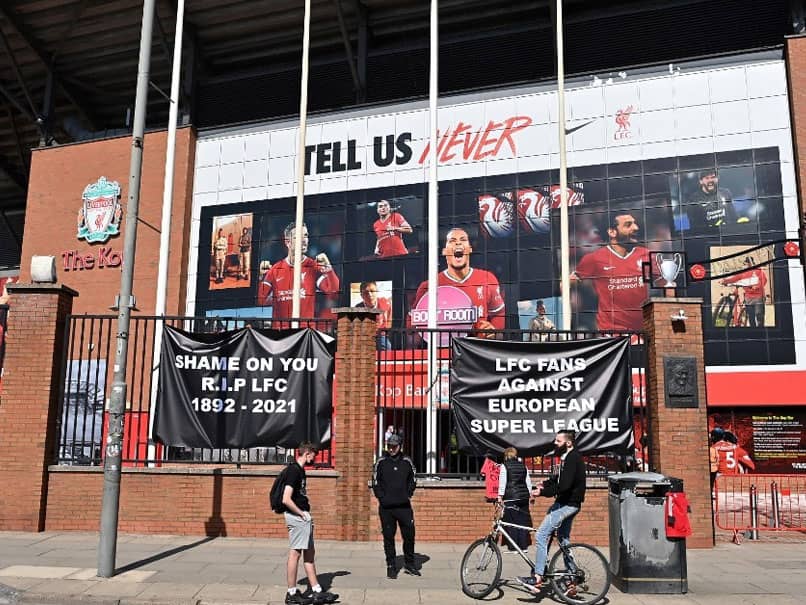 The organisers of a planned breakaway Super League have filed a motion "before the relevant courts" to "ensure the seamless establishment and operation" of the competition, according to a letter seen by AFP. The letter, written by the European Super League (ESL) Company and addressed to UEFA president Aleksander Ceferin as well as FIFA chief Gianni Infantino, is in response to a threat by European football's governing body that participating players and clubs would be banned from all other competitions.

They have been joined by Spanish giants Barcelona, Real Madrid and Atletico Madrid as well as the Italian trio of Juventus, Inter and AC Milan.

On Sunday European football's governing body issued a joint statement along with the English, Spanish and Italian leagues and national associations with a clear threat to any club or player involved in the breakaway competition.

It said "the clubs concerned will be banned from playing in any other competition at domestic, European or world level, and their players could be denied the opportunity to represent their national teams".

The ESL letter said: "We are concerned that FIFA and UEFA may...take punitive measures to exclude any participating club or player from their respective competitions."