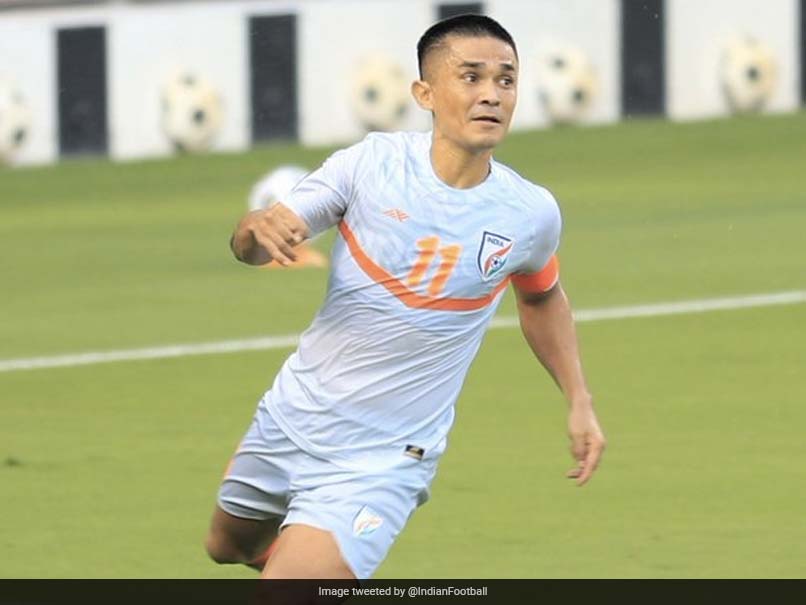 Sunil Chhetri is the all-time leading goal-scorer for India.© Twitter

Talismanic forward Sunil Chhetri on Tuesday returned to the Indian football team after a hiatus of six months when he was named in the 25-member squad for the international friendly against Jordan in Doha on May 28. The 37-year-old Chhetri last played for India during their 3-0 win over Nepal in the SAFF Championships final in October but since then was sidelined due to injuries. The squad, announced by national coach Igor Stimac, was picked from an extended training camp in Kolkata.

Besides Chhetri, Ishan Pandita has also made a comeback in the forwardline at the cost of VP Suhair and injured Rahim Ali.

In the midfield, Glan Martins, Ritwik Das, Udanta Singh, Sahal Abdul Samad, Suresh Wangjam and Aashique Kuriniyan have been included with Pronay Halder and Danish Bhat being the notable omissions.

While Gupreet Singh Sandhu and Amrinder Singh remains a constant under the crossbar, Laxmikath Kattimani replaced Prabhsukhan Singh Gill following his heroics in the ISL final.

The Blue Tigers, as part of their preparation for the AFC Asian Cup final round qualifiers, had been camping in Bellary and Kolkata. They have played practice matches against ATK Mohun Bagan, the Hero I-League and Hero Santosh Trophy All-Stars team and the West Bengal team.

The Blue Tigers will leave for Doha on May 25, where they will continue their training before taking on Jordan.

After the friendly, the team is set to return to Kolkata on May 30, before resuming their training for the AFC Asian Cup Qualifiers.