Indian football team captain Sunil Chhetri on Thursday made it clear that he is yet to decide when to hang up his boots though he did not have many games left for the country. 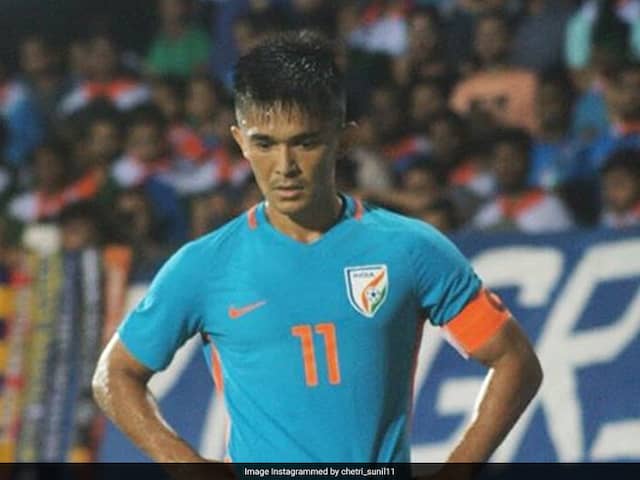 Sunil Chhetri said he is not going to play another 100 games for India.© Instagram

Indian football team captain Sunil Chhetri on Thursday made it clear that he is yet to decide when to hang up his boots though he did not have many games left for the country. The 35-year-old Chhetri recently said that he did not have too many games left to play with the national side and that is the reason why he wont set himself any long-term goals going forward.  "I am on the other side of my career. I have already played 112 games for my country and I am not going to play 250 games. That is what I meant that I do not have many games left. I do not know when I am going to stop but I love this game," Chhetri, said.

Chhetri, who currently plays for Indian Super League side Bengaluru FC, hailed the merger of Mohun Bagan and ATK and said that it was a "great deal".

"A team like Mohun Bagan which is the best club in the country as far as history is concerned. They have done so much for Indian football, huge name with East Bengal. (They) coming in ISL, partnering ATK is a great deal and I wish them all the best apart from the two games they play against us (Bengaluru FC)."

He also said that Indian football was going in the right direction but there was a long way to go.

"We have improved a little bit and have to go a long way. I think everyone who is involved with it, corporate houses, players, coaches, government, AIFF, fans, media have to come together and put the best foot forward to take it to a different level. We are going in the right direction, but the goal is far. We have to work really hard," he signed off.

India Sunil Chhetri Football
Get the latest updates on IPL 2020, check out the IPL Schedule for 2020 and Indian Premier League (IPL) Cricket live score . Like us on Facebook or follow us on Twitter for more sports updates. You can also download the NDTV Cricket app for Android or iOS.